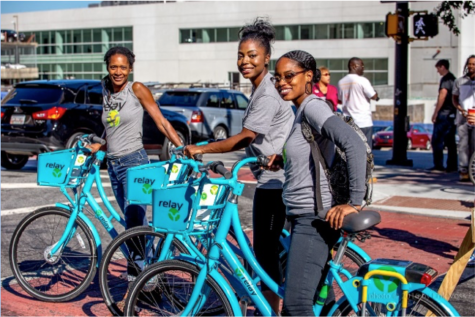 The Metropolitan Atlanta Rapid Transit Authority (MARTA) is helping to make commuting easier for bike enthusiasts with the installation of new bike racks and repair stands at 37 train stations. Additionally, MARTA is partnering with the City of Atlanta’s Relay bike share program to place 500 bikes at 65 locations around the city. The program began with 100 bikes at 22 sites.

“We are proud to partner with Mayor Kasim Reed and the City of Atlanta in the expansion of their bike share programs that allows riders to reserve, ride and return a bike to the same location or another Relay hub,” said MARTA GM/CEO Keith Parker. “We know that this program will continue to offer our customers with an added benefit that promotes health and exercise while getting them to their destinations.”

The new cyclist-focused improvements provide an additional way for commuters to travel the city in the wake of the I-85 collapse, while making MARTA an even more bike-friendly transit system.

“Some individuals took buses and trains while others found alternative routes to their destinations,” said Parker. “However, we also see a number of people choosing two wheels instead of four to commute on a daily basis. Our new bike kiosks will serve as another resource for those integrating MARTA into their daily transportation plans.”

The Atlanta Bicycle Coalition assisted MARTA with implementing the initial phase of the bike kiosks.

“The I-85 collapse underscores the importance of prioritizing transportation options that improve access for people who bike, walk and use transit,” said Bennett Foster, with The Atlanta Bicycle Coalition.  “The more options we have, the less vulnerable we are to sudden shocks to our transportation network.”

Parker said the new bike racks are located with the fare gates, protected from the elements and under security surveillance. The biking kiosks are located at all of MARTA’s rail stations except the airport. Currently, all MARTA buses are outfitted with bike racks to accommodate cyclists in areas outside of rail access areas.

“The repair kiosks create a way for people who bike to complete the first and last mile of their trips to MARTA. It’s especially important for areas that may not have local bike shops,” said Foster. “The primary goal is to remove as many barriers to biking as possible.”

Each station will have a bike share hub that accommodates ten bikes. For more information on the Relay bike share program, visit relaybikeshare.com.

previousCOMING UP: Local events for the Week of April 21