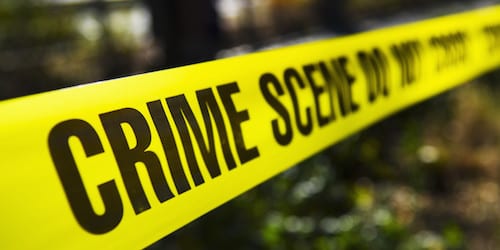 A man convicted in connection with the shooting death of an acquaintance at a Dunwoody apartment complex will spend the rest of his life behind bars.

Kashawn Mitchell, 24, has been sentenced to two life terms plus five years in prison for his role in the murder of Jaron Acklin, 24, DeKalb District Attorney Sherry Boston said.

Acklin was shot and killed on Nov. 13, 2015 inside his apartment on Asbury Commons in Dunwoody. His body was discovered three days later by a friend who was checking on him.

According to the investigation, Mitchell and an accomplice held the victim at gunpoint following an argument, bound his hands, then fatally shot him in the head. The men fled the scene with several of the victim’s belongings, including designer bags, a cell phone and two Hover boards.

The assailants were captured on surveillance video entering the victim’s apartment building through a side door and leaving approximately an hour later in the victim’s car, after having arrived on foot. Separate surveillance video captured the two riding the stolen Hover boards outside of a store where they purchased spray paint to disguise the items.

A second man charged in connection with the crime is scheduled to stand trial next week.