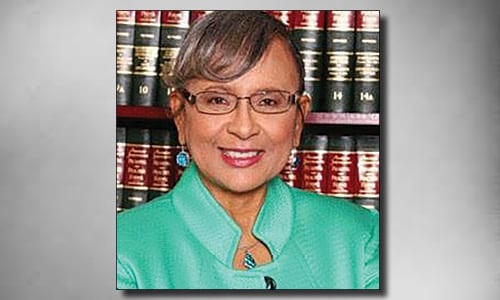 By Ruth A. Wilson, Clerk of Courts

Many people who are otherwise well informed about their local government and elected officials have no idea about the role of the Clerk of Courts. Permit me to introduce myself, your Rockdale County Clerk of Superior and State Courts, a.k.a., Clerk of Courts. I have the honor of serving in this position for my third term of office. One of the reasons (beyond public service) that I agreed to pursue this position is that it is relatively low profile, by design. The only problem is it leaves the public with gaps in knowledge and understanding of our role in the courts and of all the other services we provide. There is a little more to it than just “shuffling papers” as some mistakenly believe. Even if that were ever the case in the past, it certainly is not the future of the Clerk of Courts Office. Just visit our website to get a quick overview at www.RockdaleClerk.com

The origin of Clerks of superior court in Georgia goes back to early British history. For centuries, the custody of court records was entrusted solely to judges. Eventually, it became apparent that judges should not have to preside over arguments and simultaneously perform administrative functions of the court such as recording proceedings, issuing writs and processing court documents. These days that includes handling most of the communications with the public, other courts and justice entities, state and federal agencies and regulators, the legal community, technology management, financial management, human resources management and other  essential but non-judicial functions.

The office of the Clerk of court was created with “subordinate judge officials” from among clergy because they were generally the only literate group at the time. Those officials were titled “Clerks” (the term derived from the Latin word “clericus” meaning “clergyman”).

James Madison said, “The accumulating of all powers, legislative, executive, and judicial in the same hands, whether of one, a few, or many, and whether hereditary, self-appointed, or elective, may justly be pronounced the very definition of tyranny.”

Framers of Georgia’s first Constitution in 1777, most of whom had come from Europe to escape tyrannical rule and tough economic conditions, believed as Madison did that to prevent and limit corruption and to protect the interests of all and not just a few, there has to be separation of powers in government- even within the Judicial branch. Clerks were created as Elected Officials to ensure a separation of duties and powers and to ensure that the courts are not corrupted. The Founders insisted on electing those in power and entrusted to protect the interests of the citizens of Georgia. The first Georgia constitution provided for election of a Clerk in every superior court of the state. That is what is meant by saying that a Clerk of superior court is a county “constitutional officer”.

It was believed that if Clerks of superior court had been appointed, they would be put in the position of serving the appointing judge rather than serving the public interest. Status of Clerks as publicly Elected Officials provides the checks and balances envisioned by framers of the Constitution even with respect to land records of the county of which the Clerk of superior court is the official custodian. The Clerk collects, counts and accounts for millions of dollars in public funds which are used to run our public schools as well as city and county government. And now you know the rest of the story.