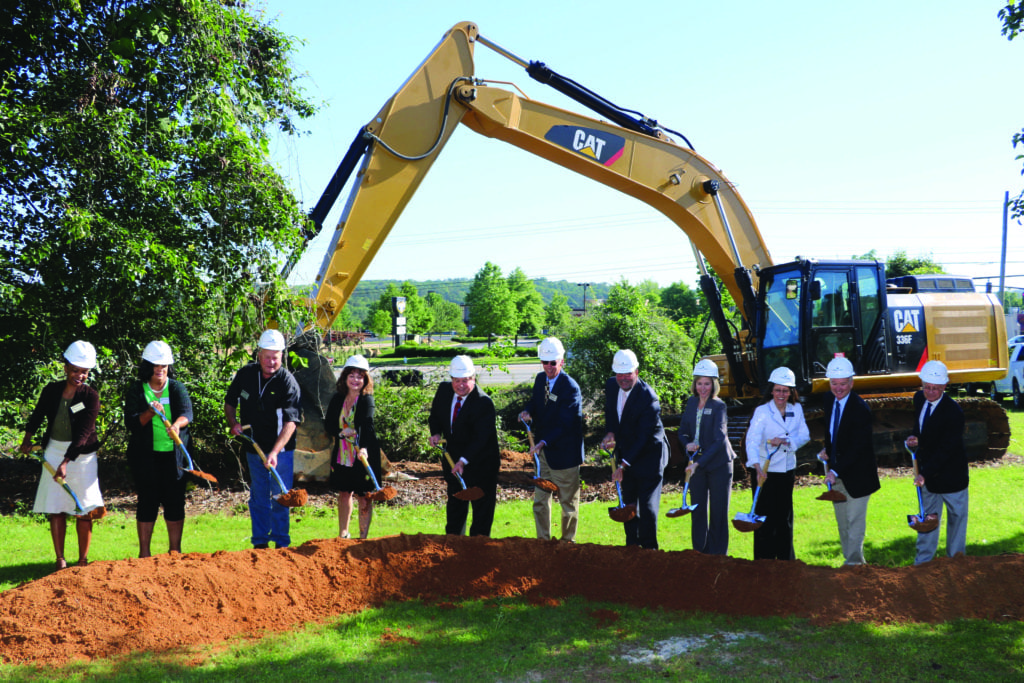 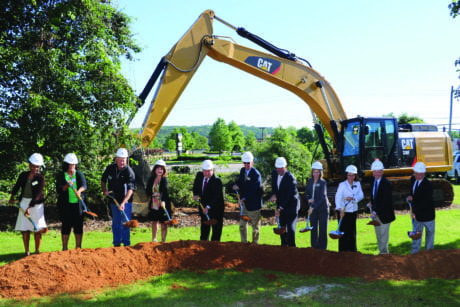 Rockdale County officials held a groundbreaking ceremony on May 2 for a $22 million, state-of-the-art facility that will soon replace Pine Street Elementary, the oldest existing public school in the county.

The 60-year-old schoolhouse, which opened in 1957 at 1300 Pine Log Road in Conyers will become home to the central office for the Rockdale School System, Schools Superintendent Richard Autry announced at the ceremony. He said repurposing the current school would not only address the sentimental value that many place on the current school, but would allow the school system to “get out of the leasing business on West Avenue and put all of our administration under one roof.”

The new Pine Street Elementary, which is under construction on 37 acres on Sigman Road next to Conyers Middle School, is expected to be completed in 2018, Autry said. The project is being funded with E-SPLOST (Education Special Purpose Local Option Sales Tax) and state dollars.

“This has been a long time coming. We began this idea with some conversations about building a new Pine Street Elementary about six and a half years ago,” said Autry. “This will be a monumental undertaking for this school system but also for the community as well. This won’t be your grand-daddy’s elementary school.”

Autry said the premiere elementary school would be “unlike any other in the state.” The new facility will have 170,000 square feet with 41,613 square feet on the first floor and 78,544 square feet on the second floor with the capacity to serve 900 students. There will be 51 classrooms, two paired special education classrooms, a media center and a two-story rotunda.

“It is designed with flexibility in mind. Every space is available for learning. Classes can be held in corridors, the rotunda, the media center, the cafeteria, courtyard, outside,” said Jeff Miller, of Smallwood, Reynolds, Stewart, Stewart & Associates, which designed the new school.

Miller said in addition to non-traditional spaces being used for learning, non-traditional materials also would be used to assist students in thinking outside the box. The building will be colorful, have stair corridors that contain graphics, and natural light, along with energy efficient LED lighting will fill the facility throughout.

“Writeable wall surfaces and tackable wall fabrics will be provided. Our intent is to provide an environment that inspires students to learn and inspires teachers to instruct,” Miller said.

“Like many of you, I did attend Pine Street Elementary School and the current campus will always have a special place in my heart. However, I must admit as a former student, former teacher and now principal of Pine Street Elementary, I am extremely excited to see us evolve into something extraordinary,” Vier said.

Vier said the school would still continue to strive for excellence.

“While our campus will change in many ways, our core values that make us Pine Street will not. We will continue to hold high expectations and strive for excellence in academics and everything we do.”