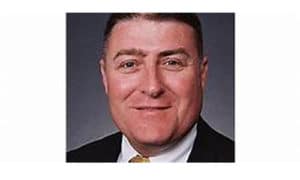 The action follows a months-long Market Conduction Examination into  violations of state laws and Agency rules and regulations by the insurance carrier.

Blue Cross Blue Shield also may be subject to additional significant fines, if the carrier misses certain benchmarks in the corrective action plan agreed to between the Agency and the carrier.

“As Georgia’s Insurance Commissioner, my number one priority is protecting Georgia consumers,” Commissioner King stated in a March 29 news release.

King said he instructed staff to launch an extensive examination into the carrier’s practices after his office received numerous complaints regarding the operations of Blue Cross Blue Shield from individuals, physicians, hospitals, and others from around the state.

“This examination uncovered a number of serious issues, including improper claims settlement practices, violations of the Prompt Pay Act, failure to reply to consumer complaints in a timely manner, inaccurate provider directories, and significant delays in loading provider contracts,” continued King. “As a result, our office has issued the largest fine in Agency history, with potential additional penalties if certain benchmarks are not reached.”