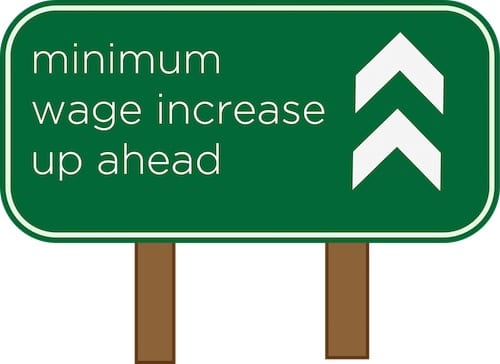 The City of Atlanta will study raising its minimum wage for all full-time workers to at least $15 per hour, phasing in the increases over a three-year period beginning in 2018.

The Atlanta City Council unanimously passed a resolution co-sponsored by Councilmembers Andre Dickens and Felicia Moore to complete the feasibility study by Dec. 14.

“I believe that the quality of services provided in the City to its residents will be advanced because raising the wages reduces costly employee turnover, eliminates disruption in services, increases productivity and creates a more stability work environment,” said Dickens. “Statistics show that increasing the minimum wage will increase consumer purchasing power, increase workers’ standards of living, reduce poverty and stimulate the economy.”

The city already has taken steps to increase pay for full-time employees. In 2015, Atlanta Mayor Kasim Reed, by executive order, raised the minimum wage for full-time workers to $10.10 per hour following President Obama’s announcement in 2013 that he planned to push to increase the federal minimum wage from $7.25 to $10.10 per hour, index to inflation. Since that time, several municipalities including the city of Clarkston, Georgia; New York City, Washington, D.C.; Los Angeles; San Francisco; Seattle; Pittsburg; Portland; and the States of New York and California have exceeded the $10.10 per hour threshold and have adopted legislation raising their respective minimum wage to $15 per hour for full-time employees.

The city of Atlanta’s resolution requests that the Commissioner of Human Resources and the Chief Financial Officer shall consider as part of the feasibility study to raise the minimum wage:

The increments are to be paid as follows: