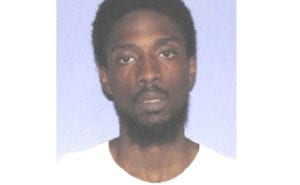 The FBI says a suspect has been arrested in connection with an armed bank robbery that occurred in Conyers on Aug. 3.

Simons is currently being held in Ohio on State of Georgia charges of armed robbery in connection with the robbery of the Wells Fargo Bank in Conyers. Additional federal charges are anticipated.