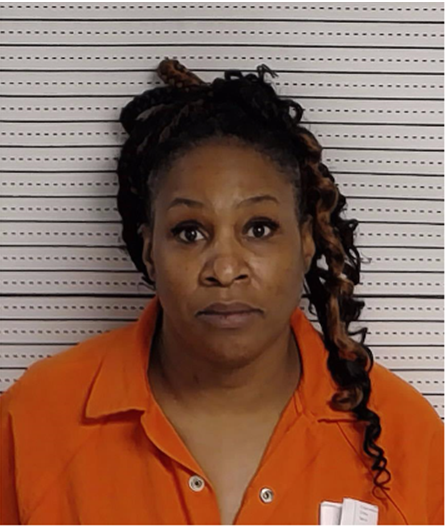 CONYERS, GA—Detectives with the Conyers Police Department have charged a Conyers woman with exploiting an 81-year-old woman for months and using the victim’s credit cards to finance a hair salon.

Nicole Macon, 45, was arrested in connection with the case after Adult Protective Services were contacted and police launched an investigation.

According to authorities, the investigation found that the victim had been transported from her home in Illinois to Conyers by a friend of her family said to be the victim’s granddaughter.  The victim was deprived of any means to communicate with friends or family.  Her financial accounts and credit cards were being used for personal gain by her abductor to finance a hair salon business, the Conyers Police Department stated.

Macon was charged with exploitation and intimidation of elder persons and forgery, both felony offenses.  Macon had known the victim and her family for more than a decade, authorities said. After learning that the victim had fallen ill, Macon traveled to Illinois in November 2021.  Macon secured a limited power of attorney and transported the victim back to Conyers where neglect and financial exploitation took place for a period of nearly four months.  The victim told detectives that they were the first people outside of Macon’s home that she had been allowed to talk to since arriving in Conyers.  After being reunited with her family, victim proclaimed it one of the happiest days of her life.

Georgia law specifically prevents any person from exploiting or abusing a person over the age of 65 or any vulnerable adult.