The City of Conyers plans to hire four additional police officers, thanks to a $400,000 grant from the U.S. Department of Justice’s Office of Community Oriented Policing Services (COPS).

Rep. Hank Johnson, who has worked to prevent massive cuts to the COPS Hiring Program, announced the grant on Nov. 29. The program is designed to reduce crime and advance public safety through community policing by providing direct support to state, local, and tribal law enforcement agencies nationwide.

“The COPS Hiring Grant Program is a cornerstone of the federal effort to support state and local law enforcement,” said Johnson. “These grants enable our state and local government partners to hire the public safety officers needed to protect our citizens. I’m pleased to fight for this important program and see it pay dividends in our community.”

Conyers is one of four recipients in the state that received a COPS grant this cycle. The others include Atlanta Police Department, Clarke County and Dublin Police Department. There were a total of 32 applicant agencies.

“We are very happy that we received the grant and felt that we had a strong presentation in our application. We look forward to putting the funds to good use within the City of Conyers community,” said Police Chief Gene Wilson. 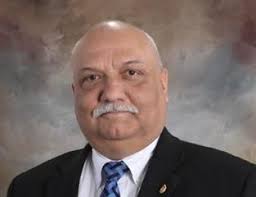 Wilson said the grant would allow Conyers to increase its number of sworn officers from 66 to 70. The Police Department is seeking qualified applicants to fill the positions, he said.

Conyers is one of four recipients in the state that received a COPS grant this cycle. The others include Atlanta Police Department, Clarke County and Dublin Police Department. There were a total of 32 applicant agencies.

Since 1995, the COPS program has invested more than $220 million in Georgia law enforcement agencies, which was used to hire more than 2,700 officers and provide more than $30 million in technology upgrades.