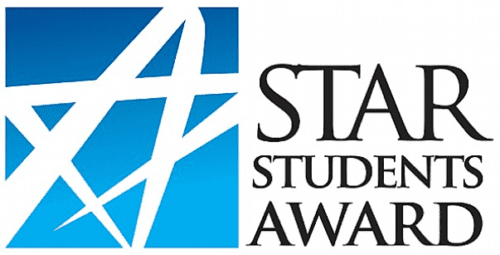 The Rotary Club of Conyers and Earl Wise, vice president of the Bank of North Georgia, the local STAR student sponsor, have announced the STAR students and their STAR teachers, from the four Rockdale County high schools:

All four students earned the recognition for academic achievement and performance on the SAT. The system-wide winner will be announced at the annual Rotary Club of Conyers STAR Student Luncheon on Thursday, Feb. 16, at noon.

The Student Teacher Achievement Recognition (STAR) is sponsored, administered and promoted by the Professional Association of Georgia Educators (PAGE). Since its inception in 1958, the STAR program has honored nearly 26,000 students and the teachers selected as the most influential to their academic achievement.            High school seniors must have the highest score on a single test date on the SAT and be in the top 10 percent or top 10 students of their class based on grade point average to qualify for STAR nomination.

STAR students who are selecte choose a STAR teacher to share in this recognition. The students and their teachers are honored by their schools and receive special recognition in their communities from one of the more than 165 statewide civic organizations and businesses that serve as local sponsors of the STAR program. Students then compete for school system recognition as the top STAR student recognition as the top STAR student, and those winners compete for region honors. Region winners contend for the honor of being named State STAR Student. STAR teachers continue on with their STAR students at every level of the program.

“We are very proud of these students and teachers and the academic excellence they exemplify at our four Rockdale County High schools,” said Wise.