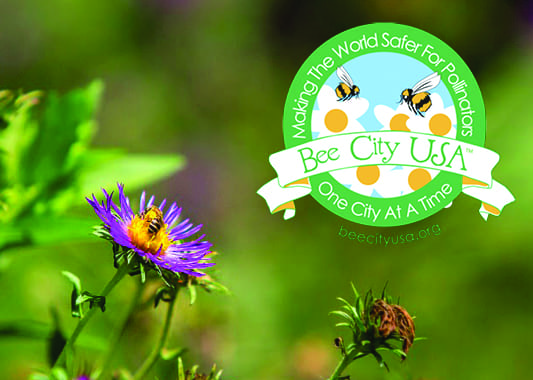 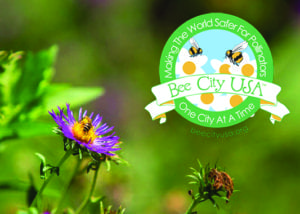 The City of Decatur, known around the nation as a “Tree City,” walk-friendly community, and for its planned development and revitalization efforts, has a new designation: It’s Georgia’s first Bee City.

With the new designation by the Bee City USA program, the city plans to establish community gardens where honeybees and other pollinators such as butterflies and wasps will be protected. The gardens will serve as a place where beekeepers can breed honeybees and children and others can learn about the importance of honeybees.

Deborah Palmer, a beekeeper and resident of the Oakhurst community, helped the city get the designation. She was outraged after seeing a mural on a building in the Oakhurst community that depicted happy children with animals and bees. The mural was paid for by the Bayer Corporation, which is reportedly linked to producing pesticides that is killing off bee populations around the world.

“I wanted to put my energy into making Decatur a Bee City. It was personally important to transform my anger into something positive to help my community,” Palmer said.

The Wylde Center, a nonprofit that cultivates green spaces and has two community gardens in the city, will oversee Decatur’s bee gardening programs. India Woodson, the city’s landscape infrastructure coordinator, will be the liaison for the program.

There will be annual celebrations to promote the city of Decatur as a Bee City including during Earth Day, said J.C. Hines, green space director for the Wylde Center. A city resolution also requires that Decatur keep tabs on “pollinator friendly activities” in the city and that it observe National Pollinator Week, which is the third full week in June.