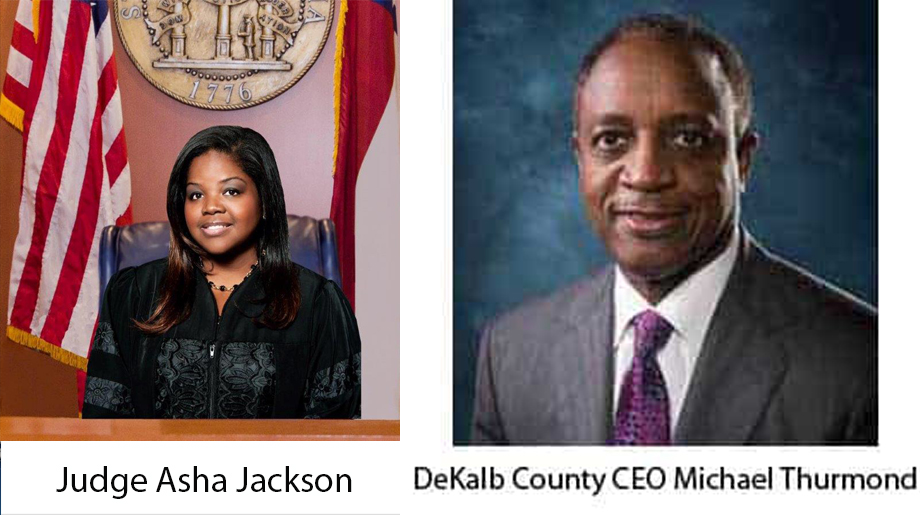 There are currently 1,657 pending applications that have submitted by tenants and landlords, officials said.

DeKalb County CEO Michael Thurmond said he plans to ask the DeKalb Board of Commissioners on Tuesday, Aug. 3, to implement a revised rental reimbursement  rental reimbursement program that would pay landlords 100 percent of all past due rent up to 12 months and three months prospective rents for eligible tenants.

“This emergency order is a Godsend,” CEO Thurmond said. “Without this local extension to the CDC moratorium, thousands of DeKalb residents faced the stark reality of having their belongings set out on the street in the midst of surging COVID-19 infection rates.”

Thurmond continued, “I am aware that this extension will increase the financial burden and stress on landlords, especially our mom-and-pop owners.”

According to Judge Jackson’s order, the judicial emergency declaration in the Stone Mountain Judicial Circuit is authorized pursuant to O.C.G.A. §38-3-61 because of the “continued COVID-19 public health emergency and cyberattack on the TLAC (Tenant-Landlord Assistance Coalition) program which delayed relief targeted at parties to dispossessory proceedings.”

The current TLAC policy caps the amount of past due rent that can be paid to landlords at 60 percent of the arrearages up to $10,000 and two months of prospective rent. If adopted by the Board of Commissioners, this revision will address a major complaint that has been raised by some landlords and tenant advocates.

“I want to thank Chief Judge Jackson for her wisdom and forethought in issuing her emergency order – the 60-day extension of the eviction moratorium here in DeKalb County will essentially give local officials the time they need to get available federal funding out to distressed renters and landlords during what has turned out to be unfortunately a surging pandemic,” Johnson stated in a news release.

Johnson called on counties throughout Georgia to follow DeKalb’s lead.

“I’m urging other counties across Georgia and the country to follow DeKalb’s lead in extending the moratorium locally so we can keep people struggling with back rent in their homes during a surge in the Delta variant and catch up on the back log of cases,” Johnson said.

“I want to commend DeKalb CEO Mike Thurmond and DeKalb County as well for overcoming obstacles, adjusting their plan and working with federal and state partners to ensure people get the help they need. With this reprieve, it will allow more time for money to get out the door, counties more time to improve their rental and landlord assistance programs and Congress more time to consider further extending the moratorium.”

Congress approved $50 billion to help ease the housing crisis during to the pandemic. Georgia received more than $700 million under that program – and DeKalb County about $32 million. Only a fraction of the funding has thus far been dispersed.

Originally launched in February, TLAC designed to provide financial relief to DeKalb renters threatened by eviction and landlords facing revenue losses due to the COVID-19 pandemic.

On March 24, 2021, DeKalb County’s Department of Innovation and Technology was informed by federal agents of an international cyberattack that impacted TLAC.

Due to the cyberattack and the ongoing federal investigation, the county did not have access to pending applications, emails or documents submitted to TLAC prior to the date of the attack.

The TLAC application process was reopened on a more secure platform on June 21, 2021.

As of July 29, TLAC has distributed $3.45 million, or 11 percent, of the $31 million that was allocated for rental and utility assistance to 763 DeKalb households. Since the relaunch, the county has paid out approximately $460,000 per week in assistance.

WHEREAS, the COVID-19 public health emergency continues to afflict the citizens who reside, do business in and are otherwise subject to the jurisdiction of the Stone Mountain Judicial Circuit. As of July 23, 2021, the state is reporting that in the last two weeks, 496 new cases of COVID-19

in cases in Georgia2 and across the southern region of the United States, is unlike anywhere else

3
in the nation. The increased number of virus mutations and variants have the potential to

compound the already prevalent adverse health impact on the citizens of DeKalb County.

WHEREAS, the Center for Disease Control (“CDC”) national eviction moratorium is set to expire, and the State of Georgia has not imposed an eviction moratorium. Without an eviction moratorium, many DeKalb County residents face imminent dispossession of their residences due to widespread arrearages owed to landlords. It is estimated that DeKalb County tenants owe approximately $50,000,000.00 in rent arrearage to landlords. Many of the landlords owed will be legally entitled to proceed with dispossessory actions once the eviction moratorium is lifted. Evictions can have long-lasting consequences for families and individuals, potentially disrupting school and education, worsening health, displacing neighborhood networks of support, and making it more difficult to find safe, affordable housing in the future. Perhaps most importantly, a lack of

WHEREAS, DeKalb County was the victim of an international criminal cyberattack on March 24, 2021, which is the subject of an on-going federal law enforcement investigation. This cyberattack eliminated the County’s ability to address the ongoing COVID-19 public health emergency through its Tenant Landlord Assistance Coalition (“TLAC”). Due to the attack and the ongoing federal investigation, the County no longer has access to most of the pending applications, emails and/or documents submitted to TLAC prior to March 24, 2021.