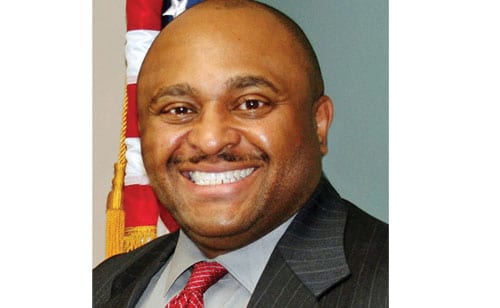 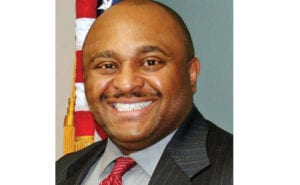 South DeKalb resident Eric Hubbard announced he is running for a seat on the new city of Stonecrest’s City Council.

Hubbard, Congressman Hank Johnson’s Outreach Director for the past decade, is running for the District 3 seat.

“I am offering myself for service to help build the city of Stonecrest,” said Hubbard. “I’ve been serving the South DeKalb community and beyond for many years. I know this community and the community knows me. As we come together to create a new city in south DeKalb, I’d like the opportunity to make a difference as our representative for District 3.”

Hubbard said he is interested in utilizing the city’s zoning and land-use authority to help bring economic development to the area and preserve and grow the city’s greenspace.

“I have served our area as the Executive Assistant to then-DeKalb County Commissioner Hank Johnson and now as District Outreach Director for Congressman Hank Johnson. I know how to make government work, serve the community and help build a strong foundation. My platform is to be a strong voice for the people of Stonecrest. I will be accountable, accessible and a man of action. When Stonecrest succeeds, DeKalb will succeed and Georgia as well.”

Hubbard will qualify to run for office on Jan. 9. Residents of the new city of about 50,000 will vote for their city officials in a special election on March 21.

“My pledge to the people of Stonecrest District 3 is to work as hard and be as accessible as I’ve been working for the people of DeKalb County and the Fourth Congressional District of Georgia,” Hubbard said. “I’ve gained a great deal of experience over the years, built relationships and have assisted in bringing solutions and good will. I’d like to apply what I’ve learned to help the city of Stonecrest flourish, have a strong foundation and make our community even better than it is today.”

nextDeKalb restaurants asked to serve water only by requests