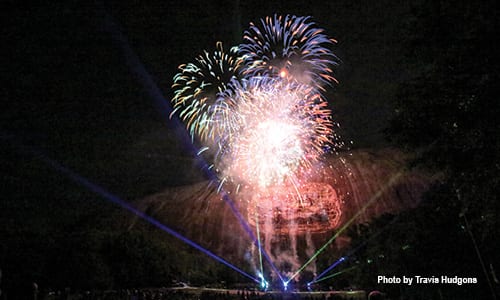 Avondale Estates will host its Fourth of July celebration on Independence Day. The schedule of events are as follows:

10 a.m. –  Parade begins and ends one hour later at the intersection of Clarendon Avenue and South Avondale Road

Kick off your Fourth of July festivities on Saturday, June 30, with Conyers’ second annual Celebrate Community Parade at Conyers First United Methodist Church on Main Street at 10 a.m. Awards will be given to the most patriotic adult, kid, pet, and set of wheels including strollers, wagons, bikes, and golf carts.

The Covington Fourth of July Stars and Stripes Festival will take place on Wednesday, July 4, on the square from 3-10 p.m. There will be food, fun, music and fireworks, along with a 4 p.m. golf cart parade to benefit the Newton County Special Olympics Equestrian Team. There will be performances throughout the evening by the Hannah Thomas Band, the Newton County Community Band & Mass Community Choir and the Drive Time Band. A1A: The Official & Original Jimmy Buffet Tribute Band will perform at 8 p.m., followed by a veterans’ tribute, National Anthem, and fireworks at 9:40 p.m. For more information, visit https://downtowncovington.wixsite.com/july4th.

Join family and friends to walk, bike or skate in the Pied Piper Parade as it makes its way through downtown Decatur on July 4. Parade lineup is at 5:30 p.m. at the First Baptist Church of Decatur, 308 Clairemont Ave. Pedestrians should gather on the lawn and vehicles will line up in the parking lot. The parade begins at 6 p.m. The Concert on the Square starts at 7 p.m. in the Community Bandstand and features the Callanwolde Concert Band. Fireworks begin at dark (approximately 9 p.m.). For more information, visit http://www.visitdecaturgeorgia.com.

Enjoy a spectacular laser show and fireworks every evening during the Fantastic Fourth Celebration July 1 –7 at Stone Mountain Park. The Lasershow Spectacular in Mountainvision® features new music, animation, water effects, an immersive laser canopy, and a fleet of robotic drones synced with music in front of the mountain. There also will be a K-9 showcase featuring a world class fleet of high-flying dogs.  Free, except parking. For more information, visit stonemountainpark.com.

The City of Tucker and Old Town Tucker Merchants Association are teaming up for the “Independence Day Celebration and Fireworks Spectacular” on Tuesday July 3, 7 – 10 p.m. The show, which will be staged on the practice field behind Tucker High School, will best be viewed from Main Street. A street festival will accompany the celebration including live music, food, drink and games. For more information, visit tuckerga.gov.

previousSpreading the joy of riding a bicycle