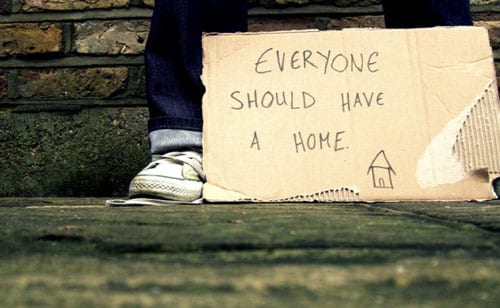 Volunteers will hit the streets to count the homeless living under bridges, on the streets, in shelters and in other places in the city of Atlanta as part of an annual report for the U.S. Census. The count in Atlanta will take place during a 24-hour period on Jan. 23 that will last overnight.

DeKalb County also is participating in the count to determine its number of homeless. DeKalb’s count will take place Thursday, Jan. 26, lasting overnight.

The surveys, which will include demographics for individuals living in shelters as well as those who are unsheltered, will help local officials to obtain federal funding to continue assistance and establish programs for homelessness.
Last year, Partners for HOME, the Atlanta Homeless Continuum-of-Care and more than 300 volunteers identified a total population of 4,063 homeless individuals, a six percent decrease in the homeless population from 2015 and a 26 percent decrease from 2013 overall.

“The Point-In-Time Homeless Count is a vital initiative that the City of Atlanta undertakes annually to determine the state of our homeless population and to determine additional resources and partnerships of value to end homelessness,” said Mayor Kasim Reed.

“While there still is much work to be done in our effort to create an effective end to homelessness in our city, I am heartened by the hard work done by Partners for HOME and the agencies that make up the Continuum of Care,” said Atlanta Mayor Kasim Reed. “The decrease of the City’s homeless population documented in the 2016 Point-in-Time count illustrates that through collaboration and cooperation, we can move the needle in a positive direction by providing permanent housing to our most vulnerable citizens. We look forward to the findings in the 2017 census.”

Since 2013, the Continuum of Care has seen a 61 percent decrease in the total number of chronically homeless individuals, a 52 percent decrease in unsheltered homeless individuals and a 62 percent decrease in the number of homeless veterans in Atlanta.
Since Mayor Reed accepted President Obama’s challenge to end veteran homelessness, the Continuum of Care has permanently housed more than 1,000 Veterans.
“We are excited to undertake this year’s Point-In-Time count,” said Cathryn Marchman, executive director, Partners for HOME. “When Mayor Reed created Partners for HOME in 2013, he demonstrated his commitment to create a collective and clear path to make homelessness rare and brief in Atlanta. Results from last year’s PIT Count are encouraging, thanks to the incredible passion and commitment of our provider community, government partners and private sector stakeholders.”

DeKalb County Community Development Department is seeking 100 volunteers to sign up for a street count and survey of the county’s homeless. The count will take place Thursday, Jan. 26, at 9 p.m., lasting overnight.

“The U.S. Department of Housing and Urban Development requires each community to conduct a biennial point-in-time homeless count,” said Allen Mitchell, director of Community Development. “For the past five years, DeKalb has conducted an annual count in order to identify the scope of homelessness, document the impact of actions to address homelessness and identify any additional resources that are required.”

Volunteers will meet at their designated deployment locations for training and enumeration team assignments. Teams will be comprised of three to four community volunteers: a driver, navigator, recorder and surveyor. Utilizing a smartphone app and real-time mapping from DeKalb County’s GIS department, participants will track the location and demographic information of homeless citizens.

Anyone can volunteer, though those under 18 will need to be with a parent or guardian or have a permission slip signed. Volunteers are asked to bring fully charged mobile phones and a car charger. There is a specific need for volunteers willing to drive their own vehicles with their assigned teams. Drivers must have a valid license and insurance.