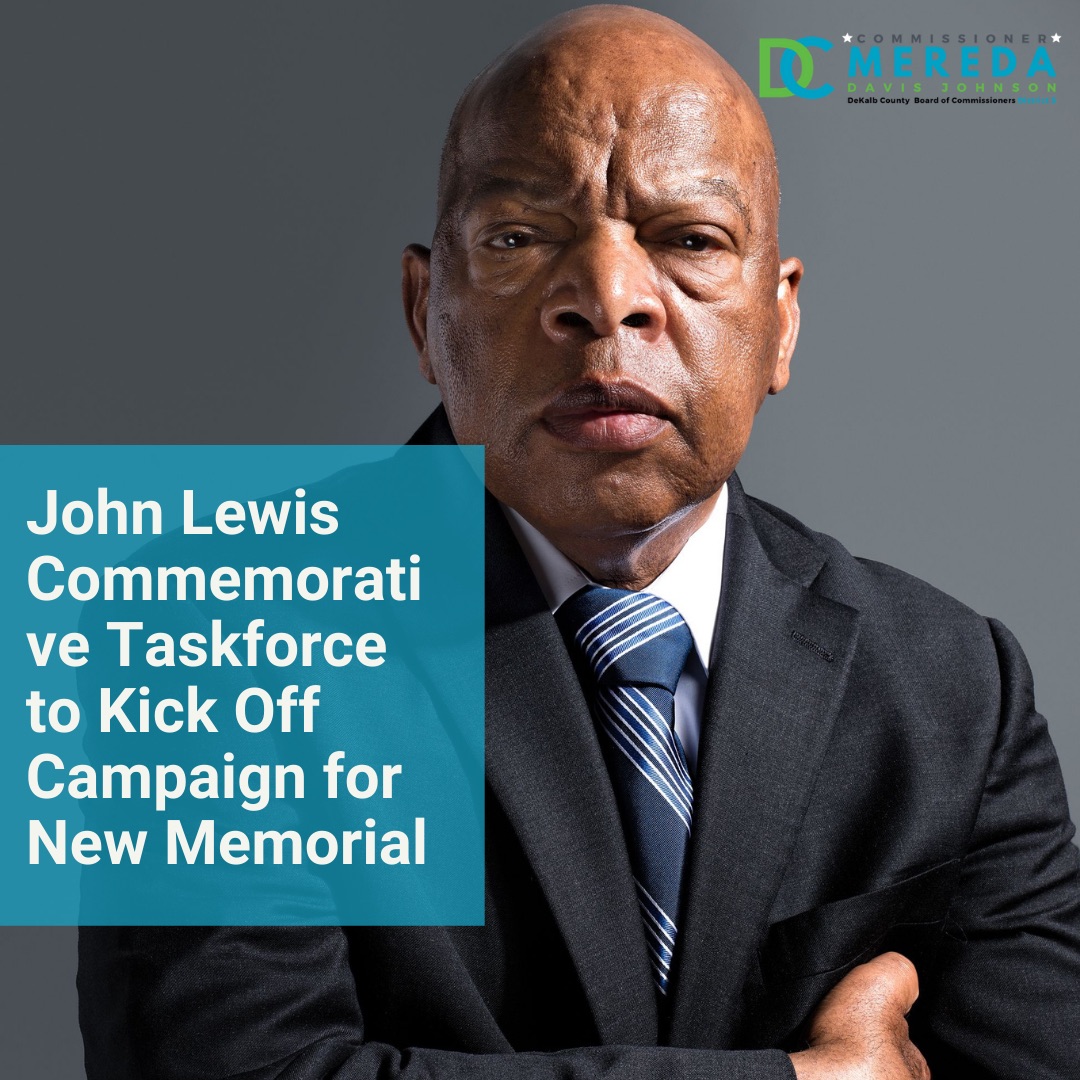 DECATUR, GA—The John Lewis Commemorative Taskforce will host a virtual kickoff event at 7 p.m. on Thursday, Aug. 19, to celebrate the launch of a campaign to raise funds for a new memorial to Congressman John Lewis.

The program will be broadcast live on DeKalb County’s DCTV23.

The John Lewis Commemorative Task Force—led by DeKalb County District 5 Commissioner Mereda Davis Johnson and co-chaired by Decatur Mayor Patti Garrett and former DeKalb CEO Burrell Ellis—was created in August 2020. The task force was tasked with commemorating Congressman Lewis with a new public artwork to be installed on the site of a previous Confederate memorial in front of the Historic DeKalb County Courthouse.

This commissioned work will provide a symbol of inclusivity and justice in honor of Congressman Lewis’ pivotal role in the Civil Rights Movement of the 1960s and his lifelong fight for human rights, dignity, and equality for all people as a congressman representing Georgia’s 5th Congressional District for over 30 years.

“John was a giant of a man, with a humble heart, he met no strangers and he truly was a man who loved the people and who loved his country, which he represented very well,” Commissioner Davis Johnson said. “He deserves this honor.”

Donations to the project can be made anytime at www.johnlewistribute.com.

About the Task Force

The John Lewis Memorial Task Force — led by DeKalb County District 5 Commissioner Mereda Davis Johnson and Decatur Mayor Patti Garrett — was created in August 2020 and tasked with making a recommendation as to the best way to commemorate Lewis in DeKalb County. The Task Force is composed of 27 leaders in Congressman Lewis’ District 5. At the Jan. 26, 2021, DeKalb County commissioners’ meeting, commissioners unanimously approved a resolution that will create a memorial site honoring Lewis in front of the Historic DeKalb County Courthouse.

previousWant to become a notary? Register for the virtual Sept. 1 training workshop