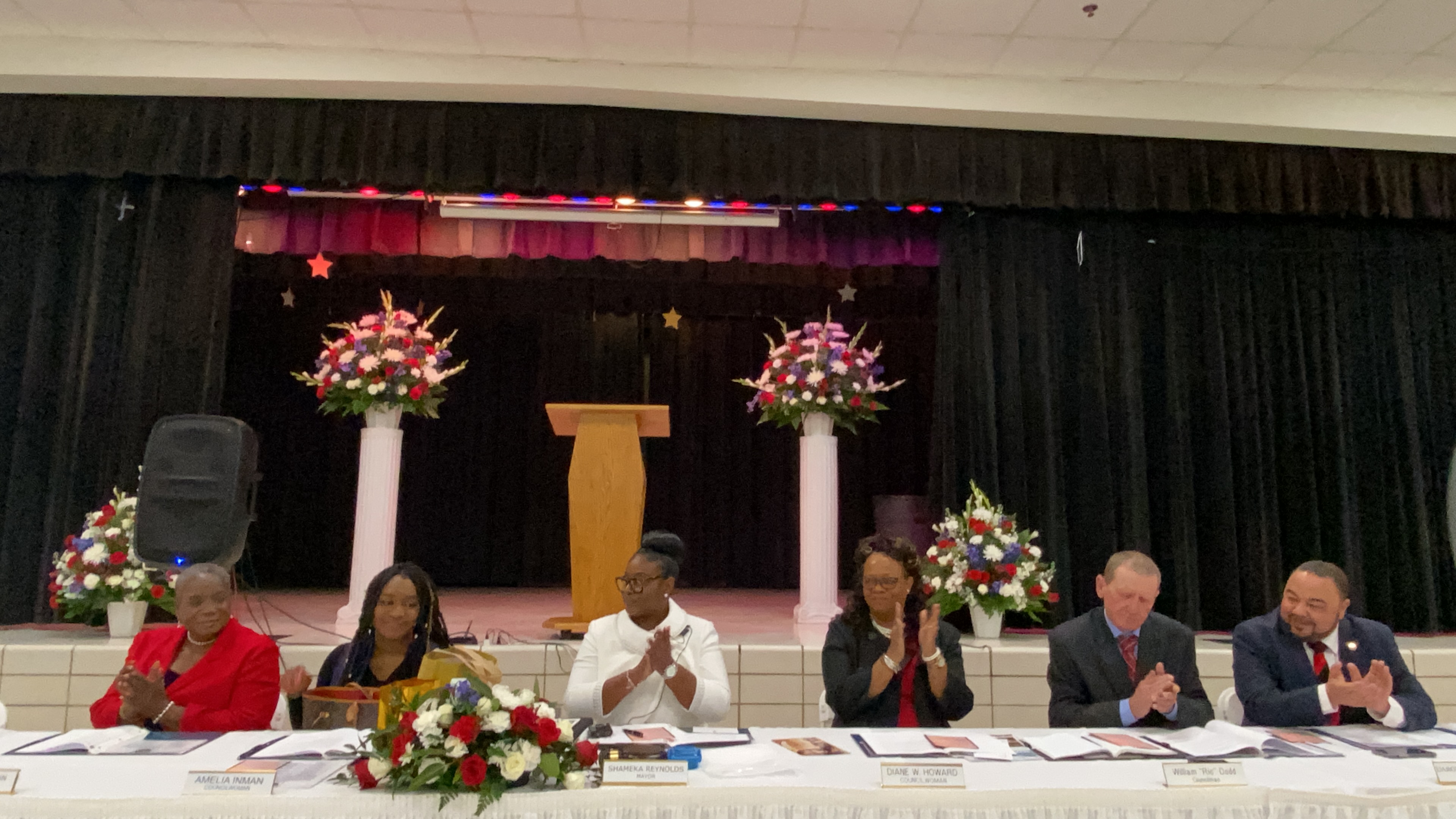 Shameka S. Reynolds was sworn in tonight, Jan. 6, 2020, as mayor of Lithonia, along with  Darold P. Honore, Jr. and Vanneriah Wynn,  as the newest members of the Lithonia City Council. Lithonia’s Chief Judge Tunde Akinyele performed the oaths of offices, as a packed audience witnessed the ceremony at Lithonia Middle School.
Actor Chris Tucker and well-known Attorney Dwight Thomas, who is a cousin of Reynolds, were among the VIPs and dignitaries who attended the ceremony.

Both, State Rep. Carter and Sen. Anderson, who started their political careers on the Lithonia City Council, congratulated the new mayor and council during special presentations.

Reynolds, who succeeds Deborah Jackson as mayor, hails from a family of funeral directors who have served the area for decades.

To watch the video of the swearing-in program, click here.

previousMacy’s to close at Gallery at South DeKalb Mall