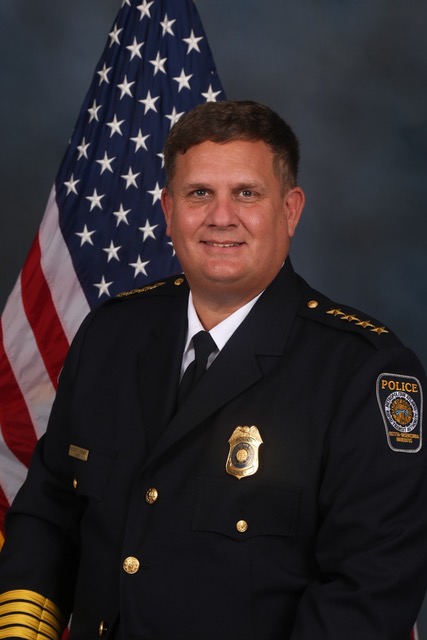 ATLANTA – The Metropolitan Atlanta Rapid Transit Authority (MARTA) has appointed MARTA Police Chief Scott Kreher to the recently expanded Atlanta Public Safety Commission. The 21-person commission will develop a comprehensive public safety plan to deter crime and lawlessness and enhance safety throughout the City of Atlanta.
The commission also will be comprised of five working groups designed to focus on crime deterrence and the enforcement and application of existing laws within specific geographic areas of Atlanta aligned with the boundaries of the six Atlanta Police Zones. In addition to Chief Kreher serving on the commission, MARTA will appoint a MARTA Police Department (MPD) designee to the West Working Group that encompasses Zone 1.
“Over half of MARTA’s 38 rail stations are within the City of Atlanta and the MARTA Police Department has a strong, established working relationship with the Atlanta Police Department in ensuring those stations and the neighborhoods around them remain safe,” said Chief Kreher. “I look forward to continuing that work with the members of the Atlanta Public Safety Commission to help restore a sense of safety and security to Atlanta residents and visitors.”
Under Chief Kreher’s leadership, MPD reported a 17 percent reduction in Part 1 crimes (violent and property crimes) compared to 2020, specifically a 32 percent reduction in robberies and 20 percent reduction in aggravated assaults. Additionally, MPD boasted an almost 100 percent clearance rate for aggravated assault cases and an 87 percent clearance rate for robberies, meaning a criminal was arrested, charged, or turned over to the court system for prosecution.
MPD’s partnerships with fellow law enforcement agencies have provided additional officer visibility and security to the MARTA system and surrounding communities. Most recently, MPD’s Central Precinct partnered with the Atlanta Police Department and Georgia State University law enforcement on a joint crime suppression detail where an officer from each agency patrolled the Georgia State rail station and nearby neighborhoods. A similar detail consisting of MARTA and Atlanta bicycle officers patrolled the Lindbergh/Morosgo area and reported a seven percent reduction in crime last year.
The Atlanta Public Safety Commission will meet at least quarterly for the next two years.
Post Views: 246