ATLANTA – The Metropolitan Atlanta Rapid Transit Authority (MARTA) Police Department (MPD) is searching for two suspects wanted for the armed robbery shooting of two people on board a southbound train at Peachtree Center Station on Tuesday, June 14, at 11:19 p.m.

“We are asking the public to assist us with bringing these suspects into custody,” said MARTA Police Chief Scott Kreher. “MARTA has an extensive network of cameras throughout the system and our officers have a near perfect record of apprehending suspects. We will work with the public and neighboring jurisdictions to hold these suspects accountable and seek justice for the victims.”

Two victims suffered gunshot wounds and were transported to Grady Hospital for treatment. They have since been released.

Anyone with information related to the identities of the suspects should contact MARTA Police at 404-848-4911. You can remain anonymous. 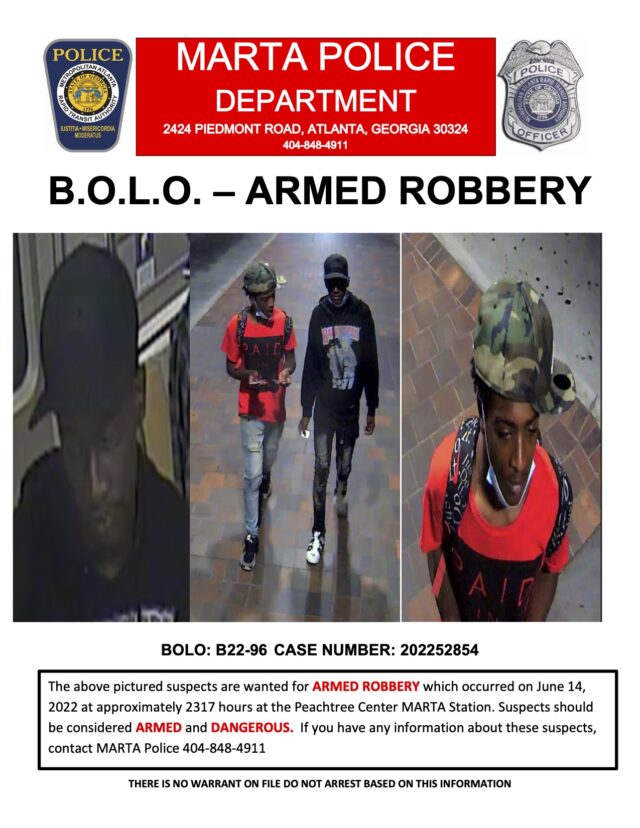