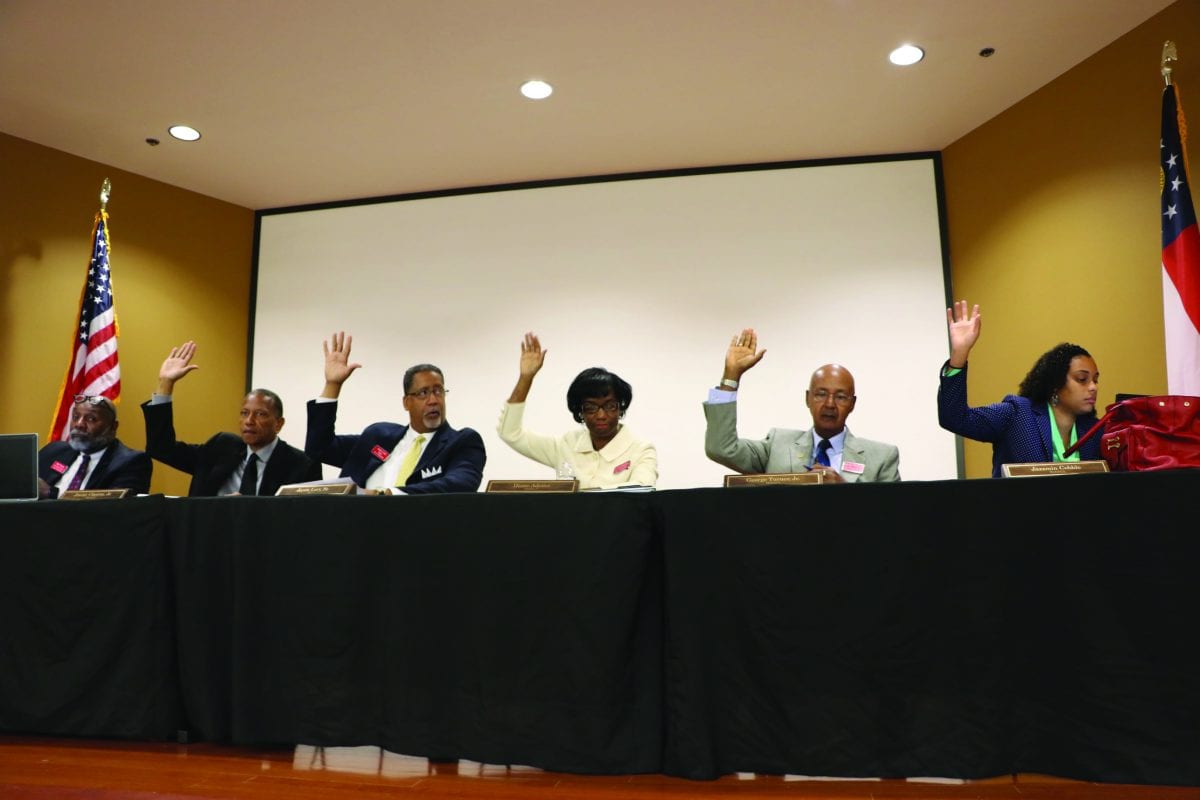 Yielding to pleas from the business community and others, the Stonecrest City Council unanimously adopted a zero millage rate, effectively voting down a proposed 1 percent millage increase. The council reached its decision on July 5 after holding its third and final public hearing as required by law.

No one spoke in favor of the increase at any of the hearings.

“We would be taxing one segment of this town over the other. That’s why we’ve seen so much pushback,” Mayor Jason Lary said in explaining why he voted against the proposed millage rate increase. “We said we were going to grow together. We said no new taxes when we formed the city. We made that promise and that is my reason for a resounding no vote.”

City Councilwoman Jazzmin Cobble had requested the hearings to give the public a chance to voice their opinions. The 1 percent millage increase would have raised about $750,000 and served as a buffer for additional revenues, said Cobble, who had expressed concern over the newly-formed city having enough revenues to cover its expenses. She did not comment on the proposal at the City Council meeting before casting her vote.

Mike McClinton, who owns Robert’s restaurant, said he was extremely pleased that the council voted unanimously not to increase taxes. McClinton, one of the few small businesses who spoke at the public hearing, said every new tax has dealt him a blow.

“I am grateful for their decision,” said McClinton. “They said they were going to create a government where they could hear from the people. I feel like they really listened to what we had to say and they value the businesses that are here.”

Council member Rob Turner said that while he would continue to work to avoid raising taxes, he could not promise that would always be the case.

“We’ve been hearing throughout these public hearings that we promised not to raise taxes. That has never been my promise. I said I would do my best to keep taxes low and look for alternative options,” Turner said. “Realistically, taxes will be raised eventually. Better services require tax supplements.”

City Council member Jimmy Clanton said he made his decision because he saw no justification in raising taxes at this time. He said he appreciated hearing from the businesses, though, who said they were willing to give their fair share should the need arise when taxes must be raised.

Council member Diane Adoma said she listened to constituents in her district and she heard only opposition to the millage increase proposal. She said as a small business owner herself, she understands how critical it is to offer businesses some incentives.

“I don’t have any justification (for a millage increase) and I am going to listen to the voices of District 5. They have spoken very loudly and clearly,” Adoma said.

Council member George Turner said he thought it was important to have the public hearings, but he too, saw no justification in increasing taxes at this time.

“Our commitment is that we would not raise taxes. I see no justification for it,” George Turner said.