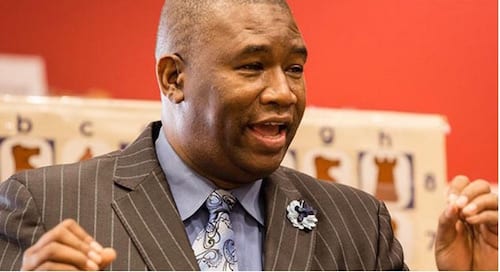 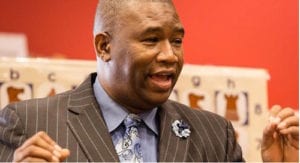 Hudson was on the radio discussing how he served as a chess consultant for the Disney movie, “Queen Of Katwe” during a 7-minute segment with Joyner and the radio TJMS crew. Hudson worked with Oscar award-winning actress Lupita Nyong’o who starred in the film.

“Appearing on The Tom Joyner Morning Show was one of the most rewarding interviews in my career,” said Hudson. “Tom Joyner is an all-time legend in radio broadcasting, so to be able to talk to him about my background, Be Someone, and my organization’s goal was the best day of my life.”

Hudson announced that Be Someone, a non-profit program he founded in 2001 to help teach underprivileged youth to think strategically, plan effectively and build self-confidence will be going on the road to reach more young people at risk of making the wrong moves in their lives. He credits the game of chess for literally saving his life when he was a youngster and now he’s paying it forward.

The former Air Force veteran and Alabama State Trooper has a simple message that resonates with his young audiences: “Learn to think before you act: wake up, pants up, step up, and the most important, never give up.”

Hudson realized he had a calling to save young people from themselves when he saw too many headlines involving crime and lives ruined because of poor decision-making. “I knew I had to act and since Be Someone launched, I have taught more than 50,000 young people that they can win instead of lose and succeed instead of fail. My long-term goal is to teach a million children!”

Hudson is available for local workshops like the one he is holding this weekend (October 21-23) during the 17th Annual Creating Opportunity Conference at the Hyatt Regency Hotel in downtown Atlanta. The event will also celebrate the 75th birthday of civil rights icon Rev. Jesse Jackson Sr.

You can get more information about Orrin “Checkmate” Hudson by visiting his website at www.besomeone.org or by calling 770-465-6445

You can listen to the segment at http://bit.ly/2edqgbs.

nextThousands in DeKalb, Rockdale head to the polls for early voting