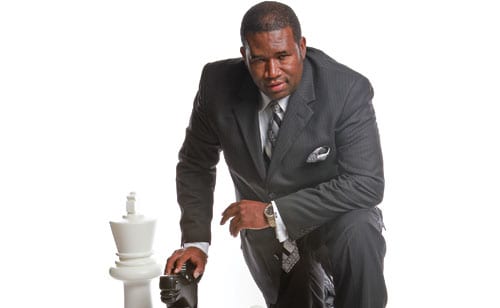 Orrin “Checkmate” Hudson, founder of the Be Someone mentoring organization, will hold his annual Summer Break Leadership Chess Camp, July 5-8, in Stone Mountain. The four-day camp will be held 9 a.m. to 3 p.m. with early drop-off and late pickup available.

Hudson will use his chess skills to teach youths the importance of making every move in life count. He has trained more than 50,000 students utilizing the tools a teacher equipped him with as a student who was headed down the wrong path.

“I was a young know-it-all teenager in Alabama and I was on the road to certain destruction and possibly even a premature death, ” Hudson readily admits. “But I had a teacher who saw potential in me, I’m not sure what that was, but he taught me the game of chess. My teacher showed me that for every move I make on the chess board, there are consequences.”

Hudson said learning to play chess saved his life and set him on a new course.

“I not only learned how to play chess but I also gained self-esteem and realized I could be someone, if only I chose the right moves in my life,” Hudson said.

Hudson went on to serve as an Alabama State Trooper but later realized his true calling.

“I knew I had to give back. I saw too many young African American males headed down the wrong path—gangs, drugs, crime, sexual irresponsibility, no education and focus—the same path I was on until someone cared enough to set me straight,” Hudson said.

Hudson deftly uses the thinking man’s game of chess to both teach and mentor at the same time. It is a combination that is effective and unobtrusive.

“These kids love this game and it opens doors. They often are surprised that they can handle the game that many educated adults shy away from, but more importantly, they naturally learn lifelessons along the way,” said Hudson.

Hudson’s summer camp will be held at his Be Someone headquarters, 949 Stephenson Road, Stone Mountain. For more information, call 770-465-6445 or visit www.besomeone.org.

previousFastest girl in the world set to qualify for U.S. Olympics