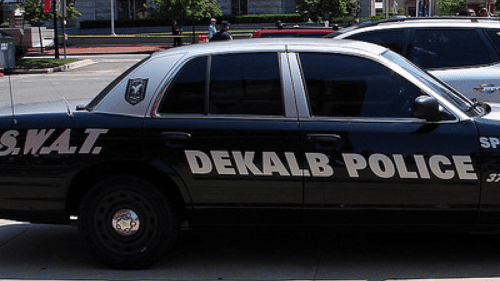 DECATUR, GA—One lane of I-85 Frontage Road, near Peachtree Circle Northeast, has been closed after a plane crashed into a DeKalb townhome building near Chamblee this morning.

DeKalb County’s Public Safety Unified Command personnel are on the scene of a plane crash on Peachwood Circle.

The Unified Command personnel consists of DeKalb County Fire Rescue, DeKalb County Police and DeKalb Emergency Management Agency which responded to the scene of a small-engine plane crash into a townhome building shortly after 10 a.m. today.

DeKalb Peachtree Airport confirmed that two people were on the plane that took off from the airport.

There are no confirmed injuries in the complex.

The National Transportation Safety Board is on the scene and investigating the accident.

previousNOTICE OF SALE UNDER POWER STATE OF GEORGIA, COUNTY OF DE KALB

nextRockdale County Chairman to host “Coffee with the Chairman”