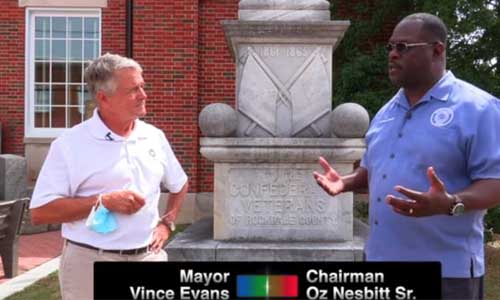 Rockdale County Board of Commissioners Chairman Oz Nesbitt has produced a video in response to the growing debate over a towering Confederate monument outside of the Rockdale County Courthouse.

A number of citizens have called for the removal of the monument, saying it represents hate, white supremacy and that it glorifies slavery and the Civil War.

Gary Washington, an attorney who lives in Rockdale, petitioned the Board of Commissioners on June 23 to remove the Confederate monument, calling it “repugnant” and declaring that it
must come down.

Chairman Nesbitt said the county was listening intently and would look at how the matter should be handled.

Nesbitt’s comments were followed by the 2:49-minute video, which was released online today(June 26). The intro of the video shows the American flag flying proudly as hero music plays dramatically and the camera zooms in on the monument’s base, which bears the inscription: “Confederate Veterans of Rockdale County.”

In the video, entitled “Confederate Monument Message from Leadership,” Chairman Nesbitt interviews Mayor Vince Evans about the city’s viewpoint on the monument and ends with Nesbitt stating “action and results on behalf of the City of Conyers, the Office of the Chairman and the Rockdale Board of Commissioners.”  Evans stated that the city plans let the community know its position via a statement or resolution in the near future.

Meanwhile, the Rockdale Board of Commissioners received the following e-mail, fueling the debate:

“The Board of Directors of Directors of the Walk of Heroes is on board with accepting the placement of the Monument you are going to remove. None of us are in favor of erasing history but will accept the fact that politics will require you all to remove that specific Monument On behalf of our Board, and hundreds of other citizens, we ask you to please not place it in storage or in some out of the way place; and, place it at the Walk of Heroes, which is all about preserving history!”

A flier is circulating on social media that demonstrators are planning to hold a protest on July 2, 4 p.m., outside of the Rockdale County Courthouse to demand the removal of the monument. 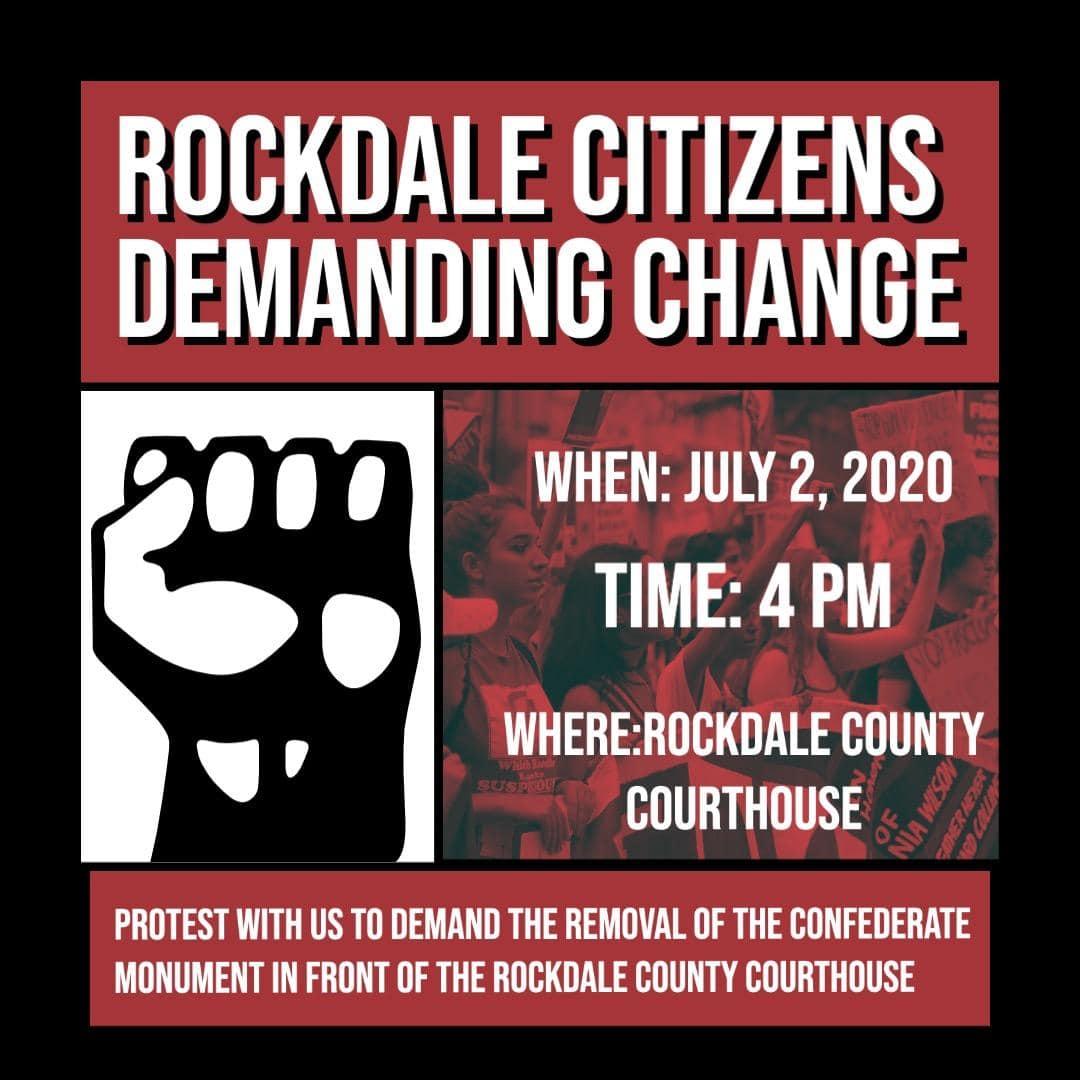