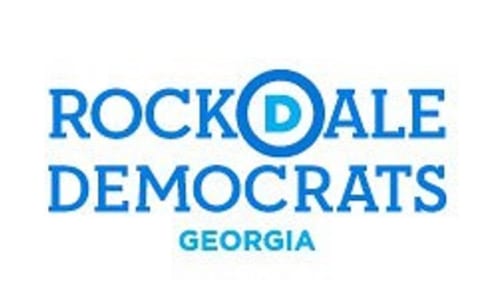 On Tuesday, August 14th, the RCDP will hold elections for Delegates who will represent us at the convention and we need every registered Democrat in Rockdale County to be present and vote.

According to our Charter (C3.3.4), each county can elect up to twice as many delegates as the number of state committee members allowed and the county is allowed to elect the same number of alternates as state committee members.
Thus, the RCDP will elect 4 Delegates and 2 Alternates. One half of these Delegates must be elected from among the Postholders and one half shall be elected by a county caucus (public). There will be 2 separate elections with the public caucus consisting of anyone who is a registered voter and resident of our county; these individuals can vote for the remaining half of the delegates and alternates that need to be elected.

Those interested in running to be a Delegate:
1. Candidate must be a registered voter in and a resident of the County holding the election. Candidates for delegate and alternate do not have to be a member of the County Committee (Executive Board & Postholders).
2. All persons desiring to be delegates or alternates to the State Convention shall give notice in writing no later than the close of nominations for delegate election, which is Friday, August 10, 2018.

3. Any registered voter of the County in which the local caucus is held may be a member of that caucus and may be a candidate for delegate, provided each person executes the following affidavit:

(Please copy and paste into Word; and submit as your intent to run)

4. All persons who sign such affidavits shall be entitled to vote at the caucus held in their County.
5. One short (one minute) speech may be made in behalf of those seeking to be delegates or alternates to the State Convention.
6. Each voter shall cast votes for up to the number of delegates to be elected.
7. The candidate receiving the most votes shall be seated first.  The candidate of the opposite gender with the most votes shall be seated second.  This process shall continue until all delegate and alternate positions have been filled.  If there is not a candidate of appropriate gender, that position shall be filled by the candidate with next highest number of votes.

Democrats interested in electing Delegates:
A public caucus, as explained, consist of residents in Rockdale County who are also registered voters. This caucus also includes members of the local Party and that means YOU!
As a Democrat, you have not only the honor but the task of electing 2 Delegates and 1 Alternate for the convention. It is imperative that each one…share with one… so we can have a full house on August 14th. Kindly forward this email to everyone you know.