Democrats in Rockdale County rallied as they elected delegates and alternates for the Georgia state convention, which will be held on Aug. 25 at the Omni Hotel in downtown Atlanta. 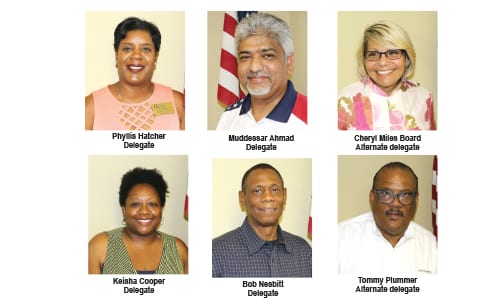 Janice Morris, acting chair of the Rockdale Democratic Party, said she is looking forward to the upcoming state convention and the opportunity to get Democrats “fired up” to turn Georgia blue.

“We want Rockdale County to continue moving forward to go blue in the general election,” said Morris. “We have the opportunity to elect 10 Democrats statewide; one at the federal level; and two at the local level. We can accomplish this, if we work as a cohesive party.”

About 60 people attended the delegate elections. The candidates were given one minute to state why they wanted to represent Rockdale as a delegate at the Democratic state convention.