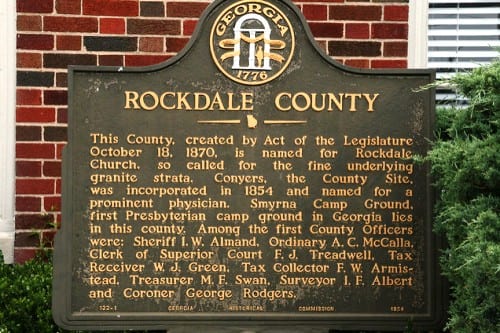 Rockdale County’s Board of Commissioners would grow from three to five seats and four new commission districts would be created under a legislative bill that would change the structure that Rockdale has had for 40 years. Some think Rockdale has outgrown its three-person commission, established in 1977, while others say it’s working just fine.

The subject is one that will be discussed at a community meeting the Citizens Progressive Club is hosting on May 15, 7 p.m., at Bald Rock Baptist Church, 2284 Old Covington Road, Conyers.

“It’s going to be a listening sessions for our state legislators to get citizens’ input and hear what the community has to say,” said Al Sadler, who is helping coordinate the meeting.

Sadler said the Rockdale legislators have been invited to the meeting. He said two Democrats have confirmed their attendance: State Rep. Doreen Carter and State Sen. Tonya Peterson Anderson. Sadler said he had not heard from State Sen. Rick Jeffries, a Republican who introduced the bill during this year’s legislative session.

In February, Jeffries’ SB-264 surprised the Board of Commissioners when it learned Jeffries had introduced the bill without any input from them.

Chairman Oz Nesbitt said he believes changing the makeup of the board from an at-large elected chairman and two commissioners to an at-large chairman and four commission districts would erode working relationships between the county, city of Conyers and the Board of Education.

Commissioners Doreen Williams and Sherri Washington also said they are opposed to changing the structure. Williams cited not having any citizen input and the cost of financing additional positions as one of her two main concerns. Washington said she doesn’t support the notion that those who suggest citizens would have better representation if commissioners are elected by districts. She said Rockdale residents have a board that is very accessible and responsive to them.

State Rep. Carter said she believes it is critical to have residents weigh in on the proposal and discuss what options they have.

“I welcome the opportunity to have the conversation with Rockdale residents,” said Carter. “ The bill is currently in committee in the senate, however, we still can explore legislation that is community led.”

nextI-85 corridor to reopen by May 15