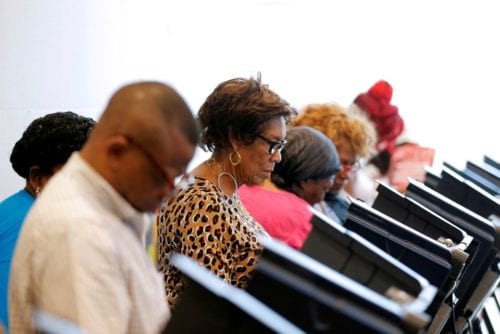 Mounting opposition killed the county’s bond referendum, despite a campaign that included a blitz of printed fliers, mailers, videos, community meetings and tours of the existing Rockdale courthouse.

Opponents spoke out at public meetings, complaining they were against the bond because of the costs and the increase in property taxes to support it. Citizens also said county officials never sought their input before placing the referendum on the ballot.

County officials had estimated that the bond would result in a 4-mill increase in property taxes, (an additional $13 more per month in property taxes on a home valued at $100,000). Several people on fixed incomes expressed they could not afford the increase.

Meanwhile, citizens in Conyers approved a $13 million bond referendum to build a new City Hall and upgrade the city’s Police Department. They were faced with the county’s bond referendum on top of the city’s. The city’s proposal got the buy-in it needed to pass. Voters in the city of Conyers approved the measure by 62 percent(752 votes). The measure was rejected by 38 percent (461 votes).

City officials said over the last 30 years, the city’s population and a number of employees have grown, creating a shortage of space at the city’s facilities.  City Hall, which was established in 1965 and the last expansion was in 1988.

The approval of the city’s bond is expected to result in the addition of approximately $71 to the annual property tax bill for a $100,000 property, city officials say.

previousAPS students to see “Hamilton” at the Fox Theater