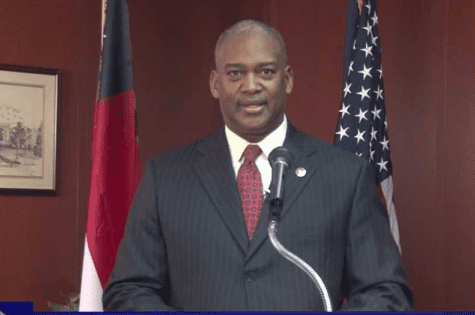 “By implementing uniform procedures and codes of conduct, we give our SROs the training and guidance necessary to carry out their duties efficiently and safely,” Jones said. “I am also introducing legislation which would require all Student Resource Officers to be POST certified. Certification from POST (Police Officer Standards Training) is required of any individual seeking to become a law enforcement officer. Because there is so much overlap between the duties of a typical law enforcement officer and an SRO, it would be highly beneficial for SRO’s to meet the same high standards expected of our police officers.”

Jones said the third bill he is sponsoring is modeled after legislation he introduced last year as Senate Bill 328, which would prohibit students who are under compulsory attendance from going to alternative education programs for more than two semesters. Georgia law currently requires disruptive students be sent to alternative education programs instead of being expelled or suspended from school. This bill received bipartisan support and passed the Senate during last year’s legislative session.

The final bill in Jones’ package will be legislation pertaining to boards of education having the capability to initiate and defend themselves from civil actions.

“ There have been a number of incidences in both Henry County and Dooly County that have caught my attention over the last year involving civil actions directed at our schools, with one case appealing all the way to the Supreme Court,” Jones said. “This bill will allow for greater transparency between our government and Georgia’s boards of education and I hope to see it pick up support throughout the Senate. “

Jones said these bills will increase the safety of public schools and ensure that students can receive the best education possible.

nextTown Hall set: “The Kingdom of God Over A Trump Administration”