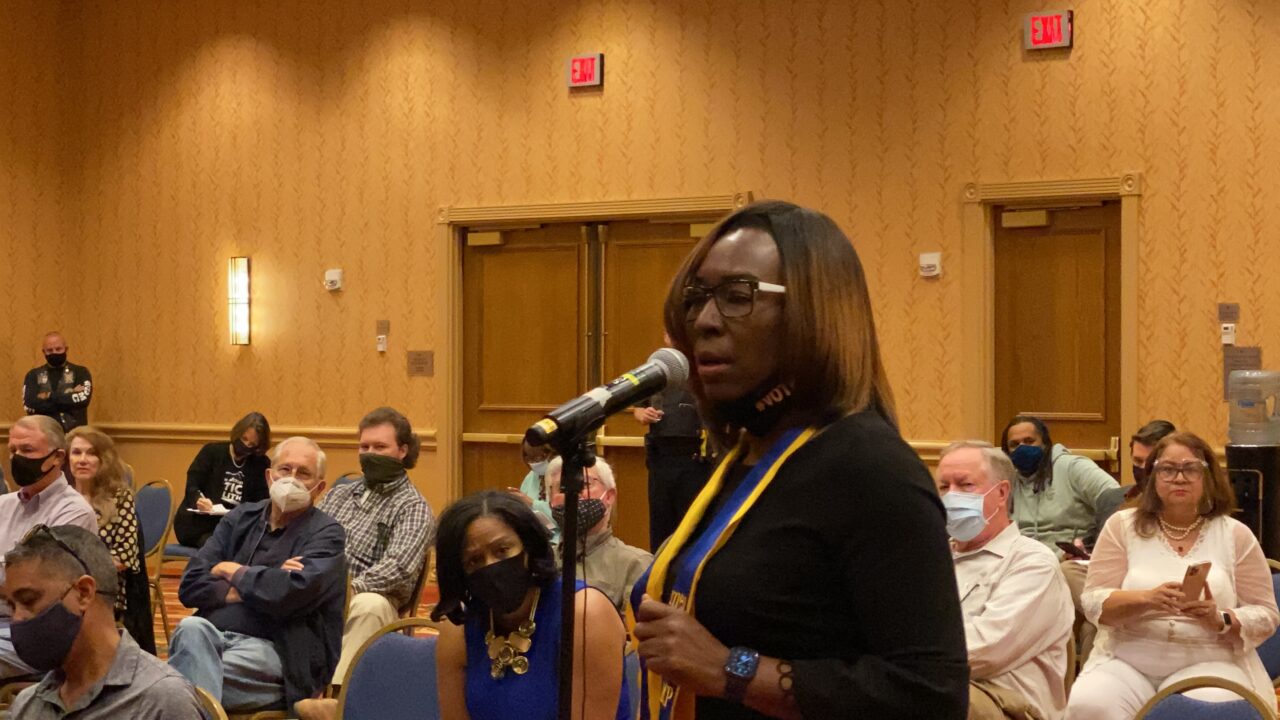 The Stone Mountain Memorial Association today (April 26) unveiled proposed changes for Stone Mountain Park, home of the nation’s largest Confederacy, citing tremendous financial losses due to mounting public pressure to remove Confederate monuments across the country and the impact of the COVID-19 pandemic. Several of the park’s attractions remain closed due to the pandemic.

The proposal, includes relocating several Confederate flags and consolidating some monuments and artifacts, creating a new logo for the park, renaming several park roadways, trails, lakes, ponds and other assets and the construction of a Fith and Freedom outdoor chapel atop Stone Mountain.

The plan sparked impassioned pleas from speakers voicing their viewpoints on the issue, drawing applause from those who liked what they heard and boos from others sitting in the audience who didn’t like what they heard. Removal of the massive Confederate carving atop of Stone Mountain, was not part of the proposal.

State Rep. Billy Mitchell, D-Stone Mountain; DeKalb NAACP President Teresa Hardy; Atlanta NAACP President Richard Rose; Bono Allen; and Tim Pilgrim were among the speakers at the  meeting, which was held at the Evergreen Conference Center at Stone Mountain Park. DeKalb community activist John Evans, who was not allowed to speak because he had not signed up ahead of time to do so, also offered comment after the meeting.

Bill Stephens, CEO of the Stone Mountain Memorial Association (SMMA), the state agency that manages the park, said revenues have dramatically declined.  The revenues declined from $49 million in 2019 to $22 million in 2020, Stephens said.

“There is probably nothing we can do to please everyone, but our job is to protect and maintain the memorial as required by state law. Some will say we didn’t go far enough and some will say we went too far. We must broaden the appeal and welcome of Stone Mountain Park to its millions of annual visitors. We are attempting to occupy a reasonable, common sense middle ground, which recognizes both history and heritage,” said Stephens.

The SMMA’s 9-member board would have to approve the changes.

The board held its first meeting today under new chairman, the Rev.  Abraham Mosley. Gov. Brian Kemp appointed Mosley, the SMMA’s first   African-American chair along with two other African Americans to the board last week.

For more on the story, view the video of the meeting, click below: