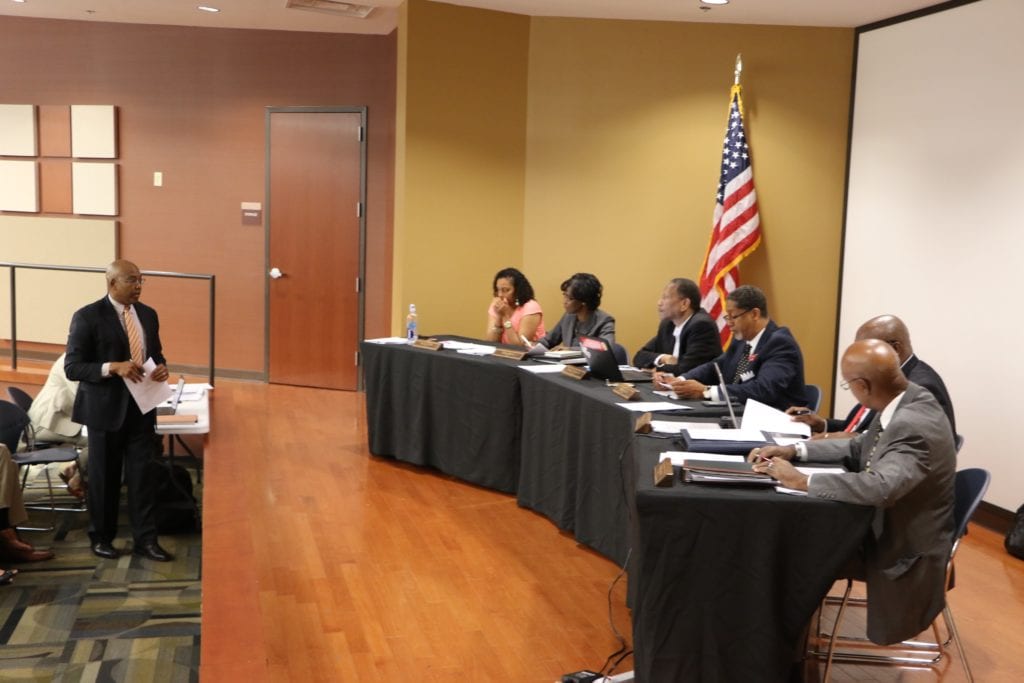 The Stonecrest City Council unanimously approved a $650 monthly vehicle allowance for the city’s mayor and an agreement to enter into a financial services contract with Ed Wall of Piper Jaffray & Co. to help cover the city’s expenses. The council approved both on June 19.

The allowance for Mayor Jason Lary, not to exceed $7,800 annually, was approved for two years—the duration of his first term. Although the allowance would start this month, payments wouldn’t be issued until the city’s funds become available.

“This is not a blank check,” said Councilwoman Diane Adoma, who introduced the motion for the vehicle allowance. Adoma said “basic accounting” principles would be used to track the allowance and provide transparency.

The council agreed to enter into an agreement with Piper Jaffray & Co. to set up TANs (Tax Anticipated Notes), which would provide cashflow to the city until its revenues come in from other sources. Through the TANS, the city would borrow about $1.5 to $2 million and pay an estimated $15,000 to cover attorney fees, issuance of the bond and interest. The loan would be repaid by Dec. 31 of every year. Jaffray & Co. is expected to begin working on the TANS immediately after a contract is signed, Mayor Lary said.

The City Council also adopted an ordinance that paves the way for the newly-formed city to collect money from the hotel/motel occupancy taxes currently received by DeKalb County government.

Steve Fincher, an attorney for the city, says this is the first ordinance that provides additional revenues for Stonecrest.

Under the ordinance, the city will collect 8 cents per dollar. Three of the 8 cents will go to the city’s General Fund, which can be used as the city deems necessary. The remaining five cents will be used to contract tourism and trade activities (advertising and events) and tourism products (convention centers and attractions). The city will begin collecting the taxes in September, two months after being passed by the county. 2.5 cents must be spent with a destination and tourism organization that the city does not control and the remaining 2.5 may be spent as the city chooses. The destination organization will be selected at a later date.

Joel Thibodeaux, who spoke in support of the hotel/motel tax ordinance during the public hearing, said the adoption would not only help to promote the city of Stonecrest and increase tourism in the city but would also give the new city much needed revenues..

“I stand in support of this ordinance as it fits directly with the plans that the city alliance had when forming the city. This is not a tax assessed on residents, but rather on visitors to the city that we’ll be able to increase as we add hotels and motel rooms as the city develops,” said Thibodeaux, a Stonecrest resident who served on the Stonecrest City Alliance and chaired the Governor’s Commission on the City of Stonecrest.

Stonecrest resident Lisa Wright said she, too, is glad the city will be able to begin collecting the hotel/motel tax in September.