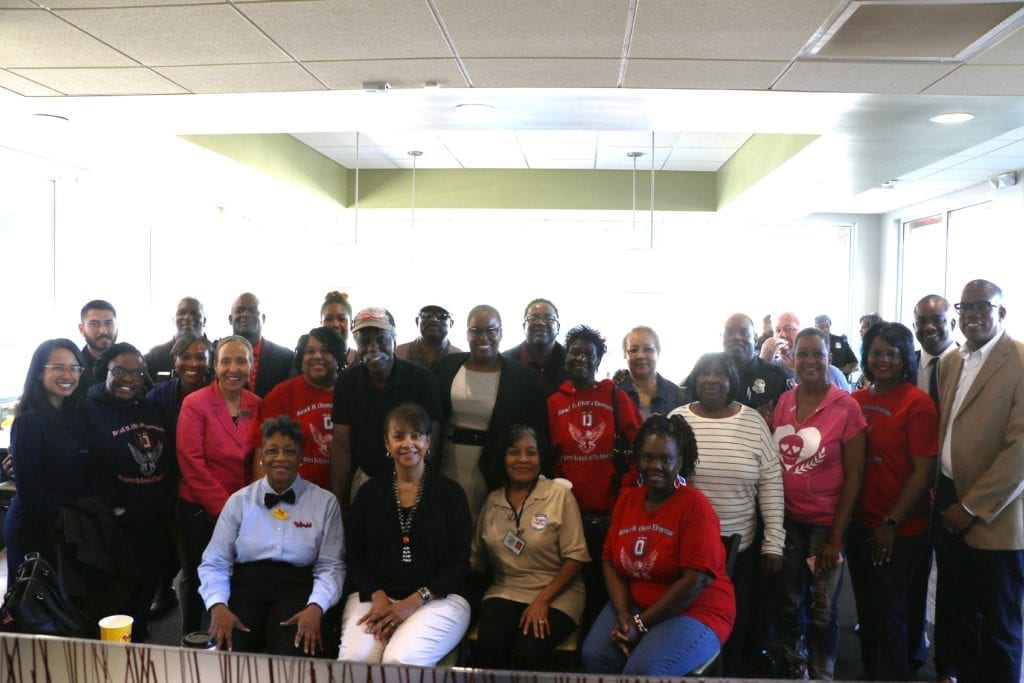 Stonecrest leaders and community residents came together this morning to observe National Coffee With A Cop Day at the new Bojangle’s restaurant in the city of Stonecrest. The restaurant is owned by franchisee Lathan Hull, who also owns the Bojangle’s on Panola Road. 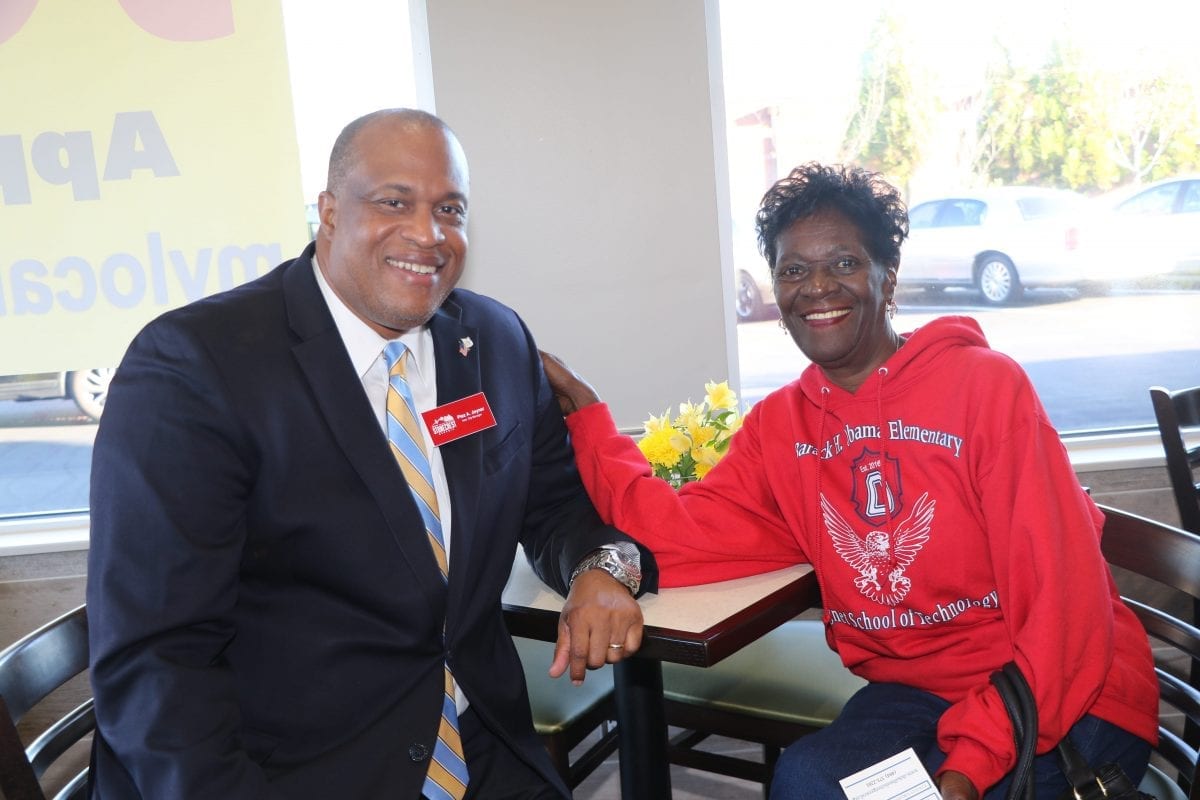 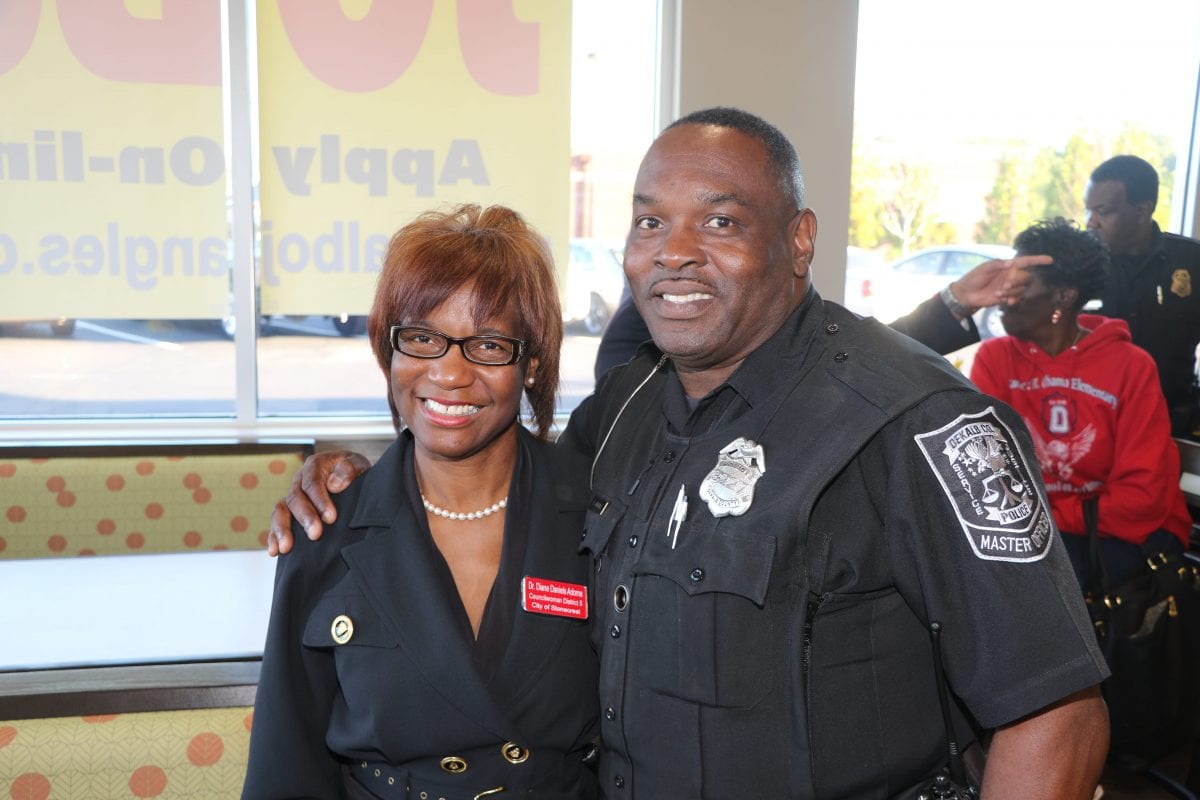 Mayor Lary told the crowd briefly that the city is trying to bring 50,000 jobs to the city by attracting Amazon, the tech giant, which is seeking a location for its second world headquarters. Stonecrest made national news this week since it offered to createAmazon, Georgia inside the city if Amazon comes to Stonecrest. Cities across the country are competing to attract Amazon and Lary said the city is thinking outside the box to be a strong contender.

Along with positioning the city for economic development, the city also remains focused on public safety, Lary told the crowd. He said that while he could not speak for or against the Special Purpose Local Option Sales Tax (SPLOST), the monies from SPLOST would enhance public safety in the city, if the referendum passes.

“Public safety is at the centerpiece of what we’re doing,” Lary said. “We can triple our police force, if it passes,” Lary said.

Voters will decide on the SPLOST referendum in November.