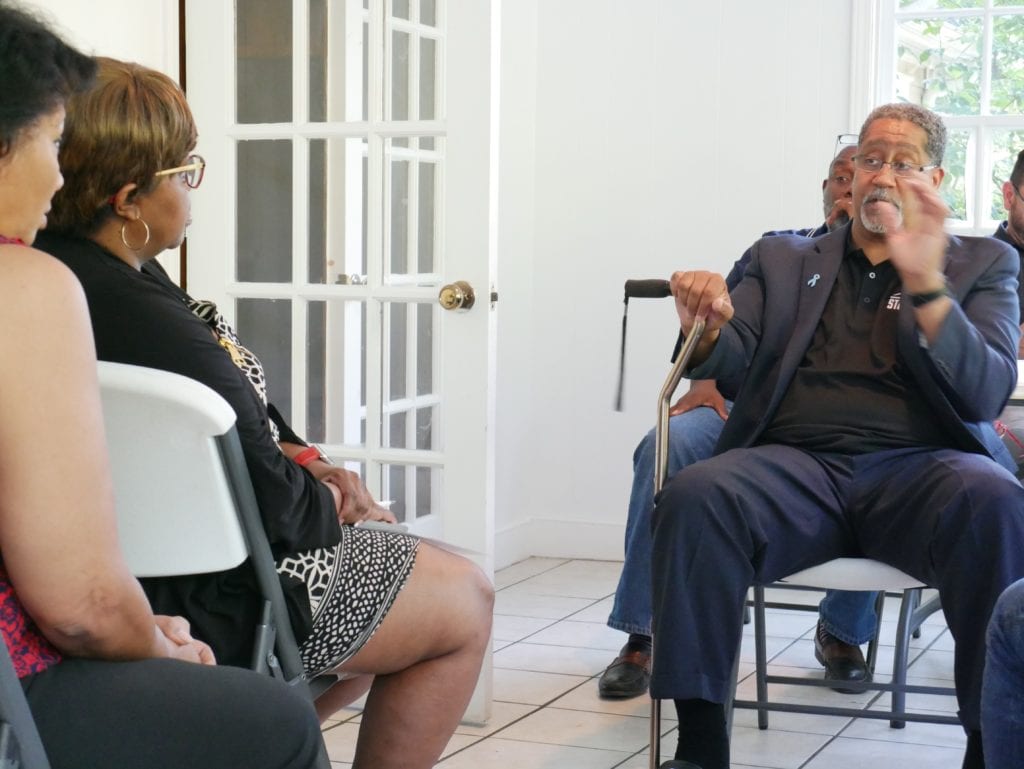 Stonecrest Mayor Jason Lary and city staffers held their sixth “Meet the Mayor” meeting in the Lion’s Head subdivision on Aug. 6.  The meetings have been attended by residents with questions ranging from economic development to public safety.  The mayor and staff have been providing answers and encouraging more involvement from citizens.   The mayor promised to bring the city to the citizens in his 2019 State of the City Address.

“We are encouraging neighborhoods and homeowner’s associations to invite us out so that we can provide direct answers to questions and hear and address our citizens’ concerns.  Our citizens will discover that it is far more effective to get the complete story from your mayor and city staff than to pull it from hearsay or naysayers with partial or incorrect information,” Lary said.

Residents desiring to invite the mayor and staff to their neighborhoods can contact the city’s Community and Cultural Affairs Director, Al Franklin at 770 224 0200 or afranklin@stonecrestga.gov.