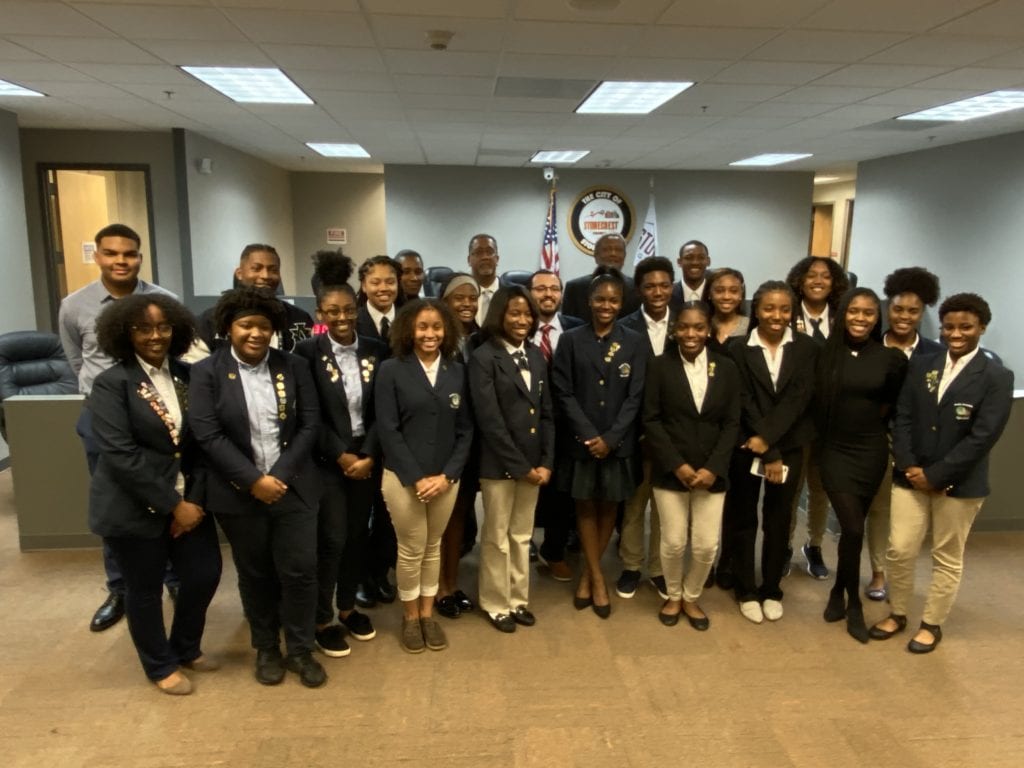 Several students were recognized at a recent Stonecrest City Council meeting for contributing key data for the department’s master plan, which is still underway.

Parks and Rec Director Sean DePalma, along with Stonecrest Mayor Jason Lary and Councilman Jimmy Clanton, honored the students’ efforts by shining the spotlight on them during a special presentation at the Feb. 10 meeting.

“We made a conscious decision to strategically engage the community at large, including the youth, and they really took the torch and ran with it. These are really well-educated young people and they did an amazing job,” said DePalma.

Students from Lithonia High School said they wanted to see an emphasis placed on wellness and mental health. Students also reported a desire to see an increase in fitness, cultural and performing arts programs as well as youth sports in the next five years. Students also reported a desire to see improvements made to facilities including basketball courts, aquatic centers and pools and playgrounds and the addition of outdoor adventure parks, indoor athletic fields and playgrounds in the city of Stonecrest.

Students from Arabia Mountain High School got creative and used QR code technology to survey students. They found that their peers were interested in youth sports leagues, and finding solutions to mitigate crime by ensuring all facilities had adequate lighting and providing surveillance and security.

“It’s a five- to 10-year plan that will be used to enhance our parks and recreation programs through 2030. It is projected to be brought to mayor and council in April,” said DePalma.

previousNew appointments made at City of Stonecrest