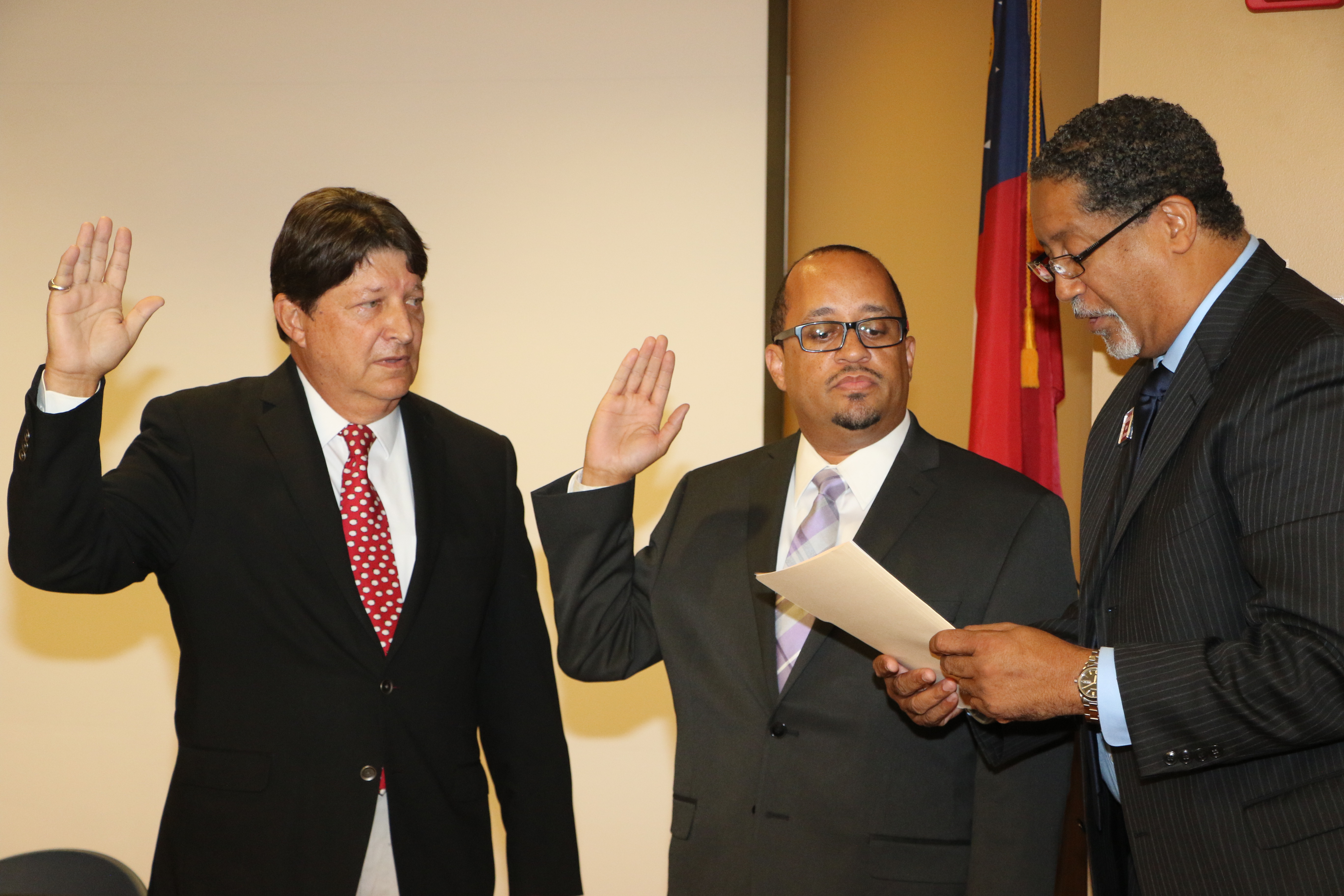 Mayor Jason Lary administered the oath of office on Aug. 30 to Stonecrest’s first two municipal judges. Jonathan Weintraub was sworn in as the chief judge and Michael Sheridan took the oath for the judge pro tem.

Sheridan has practiced law for 11 years in DeKalb County and is a partner at the law firm Davis & Sheridan, LLC.

“These are the two best qualified people,” Lary said. “These attorneys would serve the city best as judges. They have been working in the DeKalb County for years.”