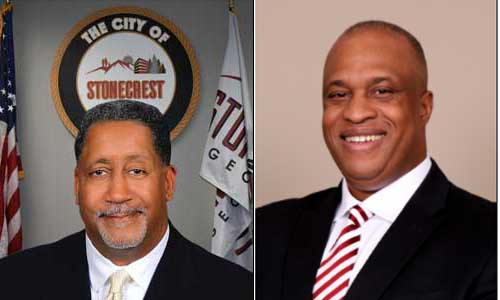 Bond sales stalled in March due to corona virus pandemic

The City of Stonecrest’s Urban Redevelopment Authority (URA) re-approved a resolution on June 24 to issue $5,410,000 in revenue bonds to finance the city’s acquisition of the Sears and Sam’s Clubs buildings.

The city was scheduled to sell the bonds on March 30, but the closings had to be rescheduled due to the COVID-19 pandemic.

“When the pandemic hit in March, we could not get a judge to validate the sales date for the bonds. We had to set new timelines and re-approve the bond resolution because our dates had expired,” said Deputy City Manager Plez Joyner.

The new date scheduled to close on the bonds is July 15, Joyner said.

Joyner said the city is getting a lower interest rate on the revenue bonds because interest rates around the country have fallen.

Joyner said the Sam’s Club building can only be used for government-type services due to its tax-exempt status and seller’s agreement with Sam’s Club. The city plans to house its new City Hall and other municipal services in the building once its lease is up at the 35,000-square-foot office spaces at 3120 Stonecrest Boulevard. The city is in the third year of its five-year lease. The Sam’s Club building has 131,000 square feet.

The Series 2020B taxable $2, 215,000 bond for the Sears building and auto shop, will be paid for in 10 years at a rate of 3.04 percent per annum instead of  the 3.56 percent interest rate the city had in March. The city is continuing to seek tenants for the Sears building but has said it is considering an institution of higher education, MARTA police precinct, and film industry.

Joyner said the city has set Dec. 31 as the new deadline to pay off its Tax Anticipation  Note (TAN).  The TAN was used to cover the purchase of the city’s two buildings until the bonds are sold to repay the debt.

Mayor Jason Lary said he is pleased with the new deadlines set, adding that the city is solvent and remains in good financial standing.

“We are financing this bond at interest rates that are lower than we originally planned. We will be paying about the same amount to own two buildings as we are currently paying to rent a relatively small space in one building,” said Lary. “We are laying a foundation that will immediately help Stonecrest and pay significant dividends to future generations. We are making history.”

Lary serves as chair of Stonecrest’s URA. URAs are authorized by statutes of the Georgia Constitution to issue revenue bonds to prevent and eliminate pockets of blight. Stonecrest’s URA is a separate entity from the City Council. although it is comprised of the mayor and council members. Four members of the agency met and unanimously passed the bond resolution on June 24.

The meeting was held virtually and livestreamed for the public through the city’s web site at stonecrestga.gov.