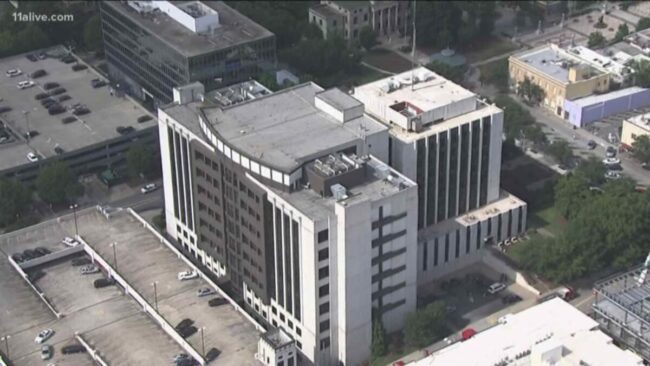 DECATUR, GA –– An investigation by the DeKalb County Sheriff’s Office’s Office of Professional Standards reports that a current DeKalb County Jail inmate was behind the threat of an explosive device yesterday at the DeKalb County courthouse in downtown Decatur. The judicial complex and several nearby businesses were evacuated on Thursday, May 27, for hours as law enforcement authorities from five agencies and Homeland Security performed a security sweep in search of the device. None was not found.

The suspect has been identified as Joseph Michael Caquette, 47, of Atlanta, Georgia. According to records,  Caquette is currently in custody at the DeKalb County Jail, where he is being held without bond on a felony charge. The sheriff’s office  arrested Caquette on a warrant charging him with Terroristic Threats and Acts, a misdemeanor.

“Not only did this individual commit an additional offense while already in custody, but he wasted valuable local law enforcement resources with his threat to life and property in our community,” said Sheriff Melody M. Maddox.