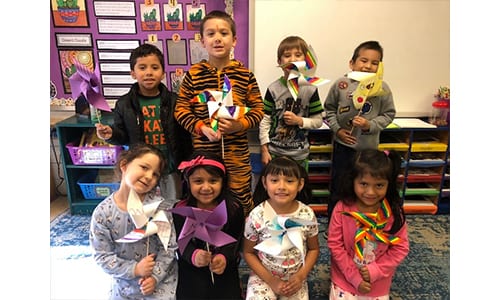 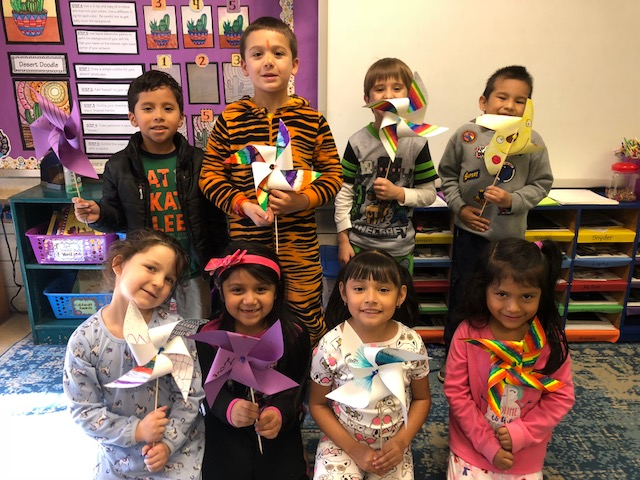 Under the leadership of Austin Elementary principal Ann Culbreath, students at Austin, Kingsley and Dunwoody Elementary schools will deliver 3,500 pinwheels with artwork and uplifting messages to the Florida school.

Students at all three DeKalb schools held a Pinwheels for Parkland” event last Friday in which students crafted the pinwheels. An Atlanta-based moving company, Bulldog Movers, is delivering the pinwheels free of charge. 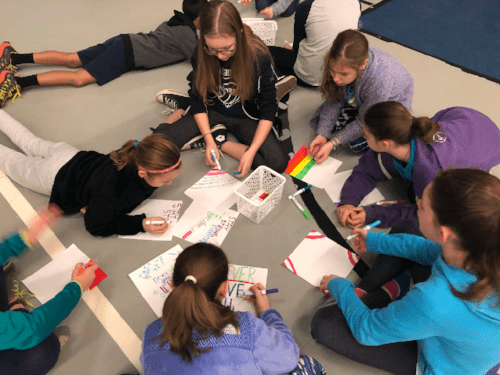 The pinwheels will be presented to Marjory Stoneman Douglas on Wednesday, March 14, for the one-month anniversary of the tragedy that took place at the school. The school’s principal, Ty Thompson, has asked students to place colorful and heartfelt pinwheels on the perimeter of the campus on the morning of March 14 before school begins.

Holly Van Tassel, a current Marjory Stoneman Douglas teacher, is a former Austin Elementary teacher with many ties to the DCSD family.