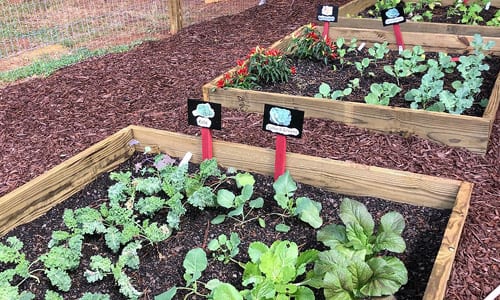 Stone Mountain High School has a new community garden, thanks to the DeKalb Kids Project, a nonprofit co-founded by DeKalb School Board Member-Elect Diijon DaCosta, his twin brother, Tiijon, and cousin Dawit Willis.

About 50 volunteers, comprised of Stone Mountain High School students, parents, faculty and staff, partnered with the nonprofit to create the garden about two weeks ago. The group planted collards, romaine lettuce, cabbage kale, strawberries and red peppers—food they will share with those in need and use in class for cooking projects.

Principal Wislene John welcomes the garden, saying the project incorporates lessons students are learning in the classroom and utilizing them to the real world. For example, in class the students learned about the plant growth process and life cycle.

“They’re applying the skills they learned in science and math class to build the garden,” said John.

DeKalb School Board Member-Elect Diijon DaCosta said the garden at Stone Mountain High is the second his nonprofit has taken on this year to promote healthy lifestyles. The organization also built a community garden at E.L. Miller Elementary in Stone Mountain.

“This teaches the kids how to work with their hands and give the opportunity to learn how to grow their own plants,” said Diijon DaCosta, who co-founded the DeKalb Kids Project in 2014.

“Project Health brings the community together to collaborate as one,” said Tiijon Da Costa. “We’re bringing the lessons to the youths and teaching them about growing food and eating healthy.”

Kaneica McNeil, president of DeKalb Kids Project, said that by having the students assist in breaking ground and building the garden it will create a sense of ownership.

“It will create a sense of pride that will have for their school and themselves.”

Principal John expressed her excitement in seeing the students and volunteers build the garden.

“I look forward to maintaining the garden over the course of many years.” 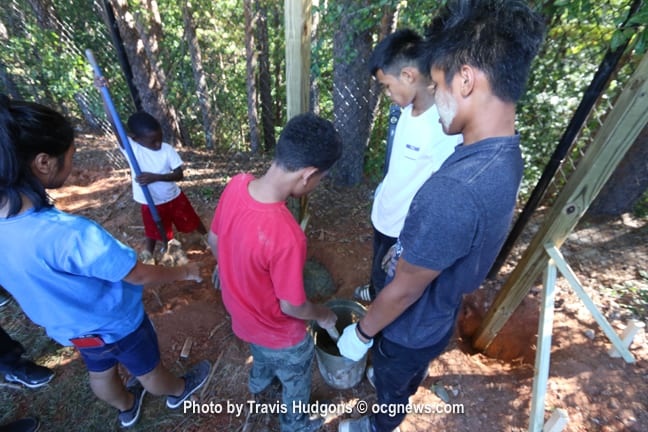 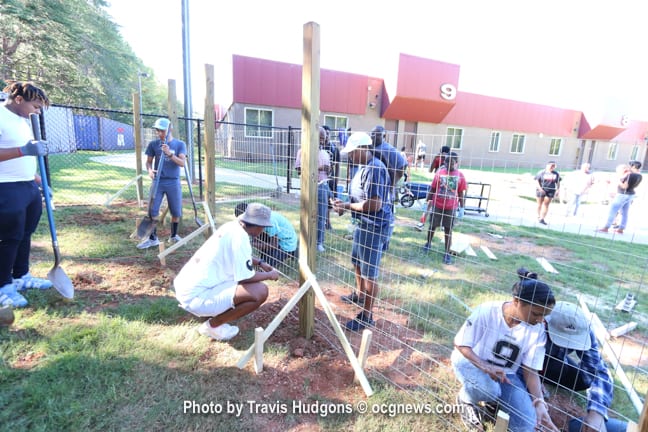 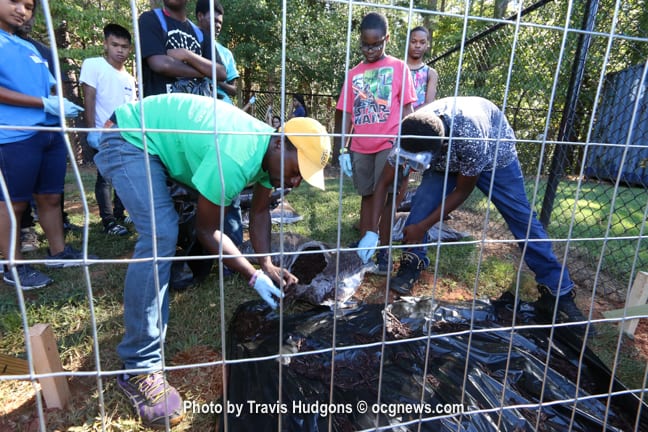 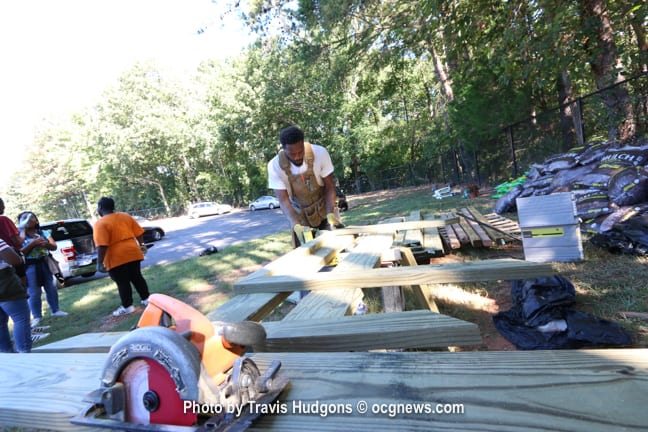 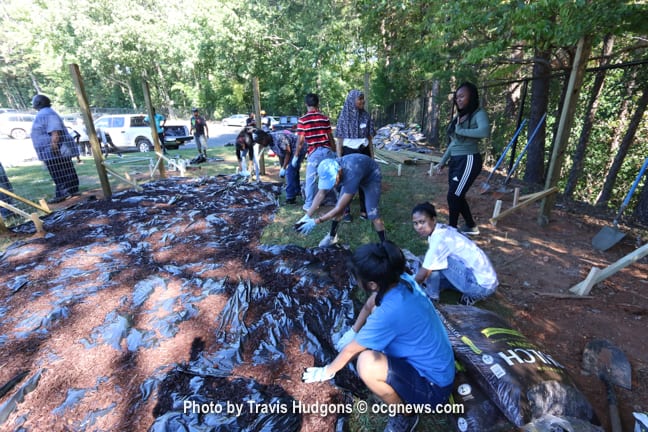