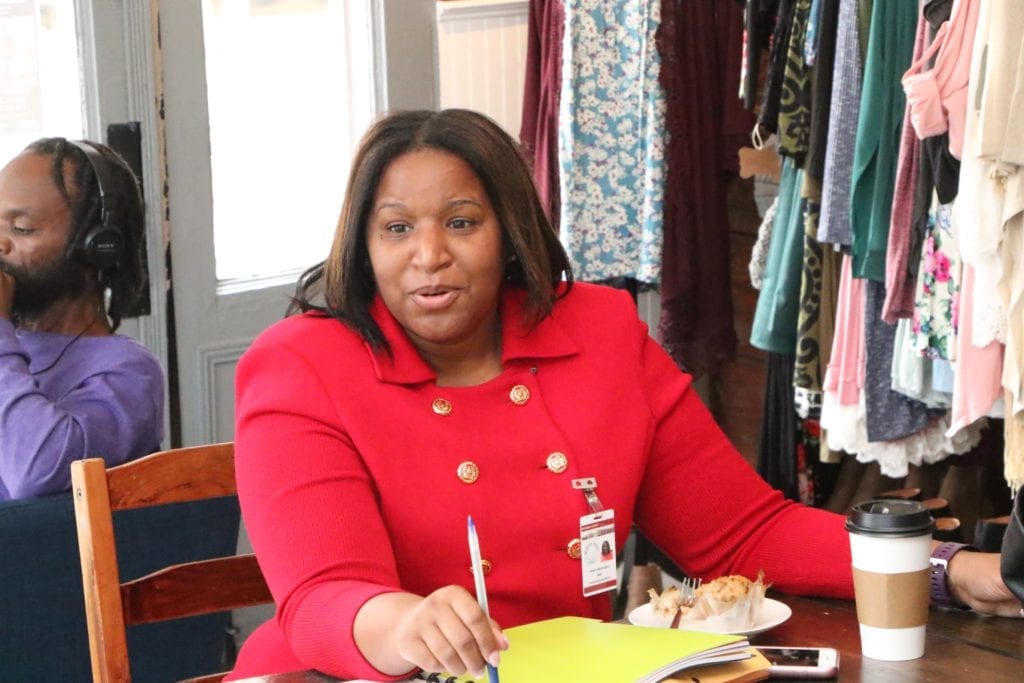 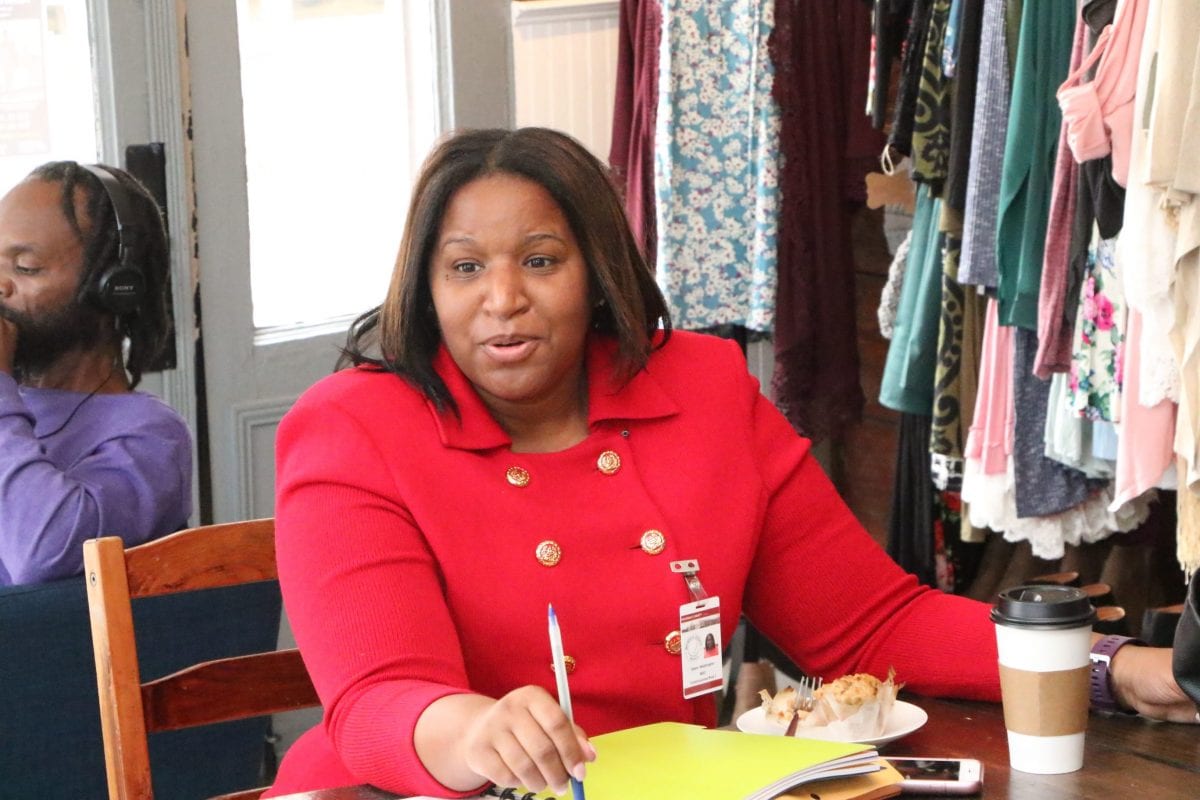 Washington said she would work with her fellow commissioners to make marketing a priority after constituents who her attended her first community “Tea Talk” on Tuesday asked if additional resources could be used to inform residents of upcoming events.

Washington fielded several questions during the 45-minute meeting, which was held at Awake Coffee right before the Board of Commissioners work session. 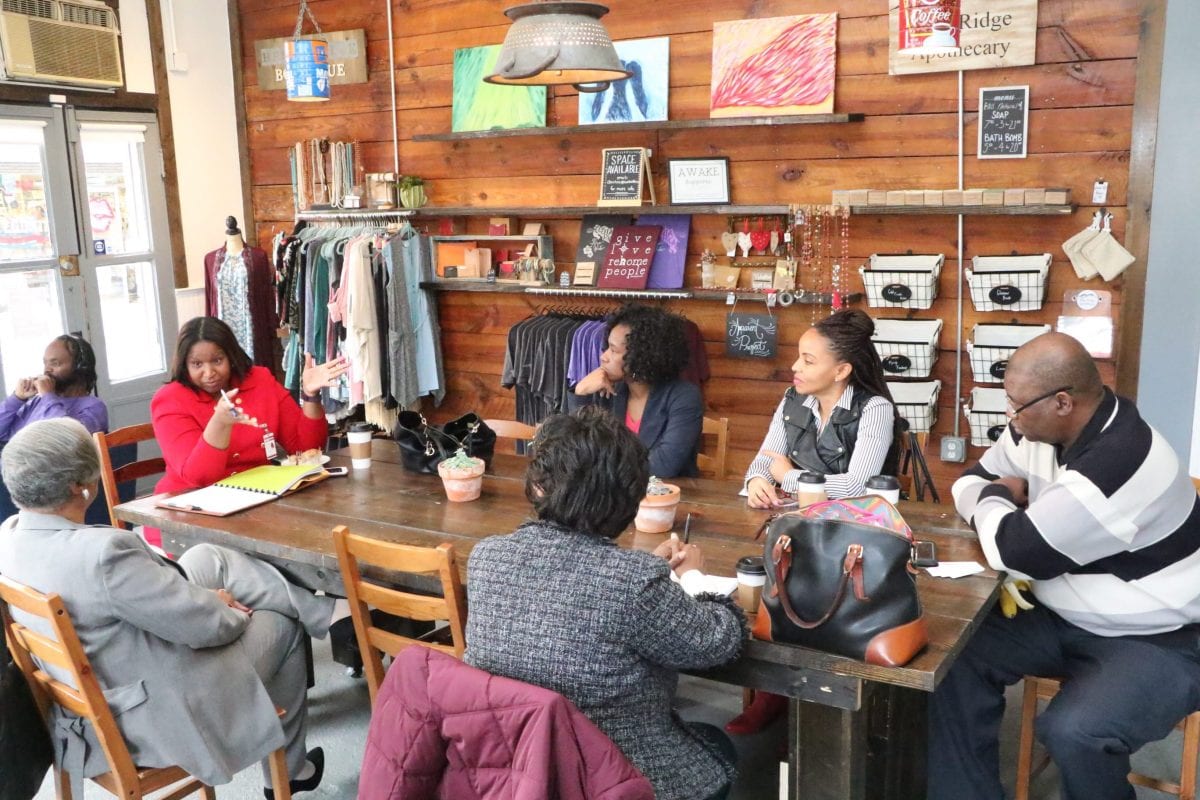 Washington also got feedback on a critical proposal that the Board of Commissioners is considering: Should the public comments during board meetings be restricted to agenda items only. Those attending Tea Talk said they would not be in favor of such a proposal because someone may have a pressing issue they wish to discuss that is not on the agenda. Washington shared the comments at the board’s work session and the board decided to work on restructuring the decorum for the meeting. Washington said concerns have arisen over verbal attacks being unfairly made on board members and others.

“There was some concern that people were just grand standing to be on television, rather than being constructive,” Washington said.

Josie Dean, a community activist, said that she does not believe the board should take any steps to “silence” the community. Dean did not attend the Tea Talk but said she spoke at the board’s work session and told the board she didn’t think it was right for them to suppress public opinion.

“Being criticized comes with the territory of being a public official,” said Dean who likened the board’s consideration to what President Trump is doing nationally to the media.

Washington said county officials are going to review the conduct for meetings and look at ways to improve it without restricting the public from speaking on only what’s on the agenda.

At the Tea Talk Washington asked residents to consider supporting spending to build a new judicial complex. The existing building, she said, is outdated and inadequate.

“We’re going to have to replace it. We cannot continue trying to patch it up,” she said.

Washington said she believes the first Tea Talk was successful and accomplished just what she intended.

“I thought that it was a great turnout for the first one. It was good to see new faces, people I had never seen before,” said Washington. I want to continue hearing from constituents.”

Washington said she plans to host the Tea Talks on the first and second Tuesdays just ahead of the board meeting. The next Tea Talk is scheduled Feb. 14. 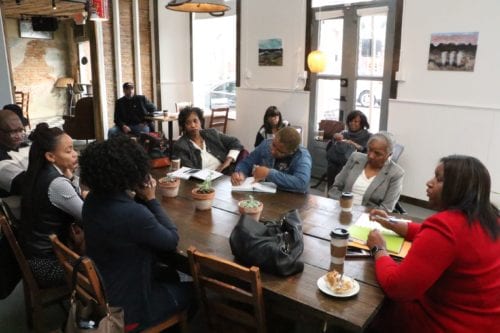