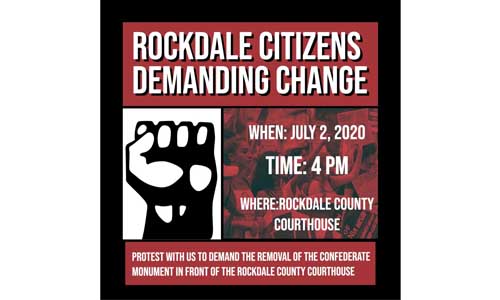 My name is Sundiata Washington and I am a local activist here in Rockdale County. I am writing to you in regards to a Confederate statue that is located in front of the Conyers courthouse. My peers and I have set up a protest as a way to voice our anger towards the monument and to act as our first step in getting it taken down. The protest will be held on July 2nd at 4 P.M.. I apologize for the short notice, but we must host this before the end of the week as House Bill 1212 might be passed. I am writing to you with the hope that On Common Ground will take the time to adequately address the matter so we can have the needed coverage in order to let the citizens aware of what’s going on in the community.

The statue represents a confederate soldier and acts as a tribute to the 546 soldiers from the Rockdale County area who fought in the civil war. The statue was unveiled on April 26,1913 by the Major Gen. Joseph Wheeler Camp No. 863 Sons of the Confederate Veterans and the Conyers Chapter of the United Daughters of the Confederacy. This statue is one of the 85 monuments that were built in the south after the Civil war. It was created as a way to commemorate the lives of the confederate soldiers who fought in battle, and for this same reason, it needs to be removed.

Today, the monument acts as a symbol of racism and hate, which is not reflective of the Rockdale County community. In light of the murders of George Floyd, Ahmaud Arbery, Breonna Taylor, and too many other names, many of these statues have been removed by local officials or forcefully torn down by protestors. The Rockdale County Board of Commissioners have been contacted about the monument but have yet to take any action. This is our community, and we must come together to demand that this statue is removed. The removal of this statue will bring us one step closer to healing as a community. Taking down this monument isn’t only for us, but also for each and every person who have been enslaved and tortured.

You have a responsibility to work in the best interests of the community. This is a responsibility particularly relevant to the members of your department who are a part of marginalized groups. Their safety and interests are compromised by our cultural and societal systems. Our local government also has a responsibility to address incomplete and misguided views of race and social justice. As the media outlet, you have the power to inform on a large scale and are capable of bringing about lasting progress.

I urge you to cover this event not only to inform local citizens of what’s happening in the community, but to also act as a resource to each of the members of our community pertaining to the anti-racism movement in order to encourage personal anti-racist education and recognition of societal flaws which often go overlooked. Rockdale county is home to a growing African American community and it is your duty to utilize this time to let them aware of the events that are going on.

With your help, we can create a movement of change. In the future, I want to be able to say that my peers and I positively impacted our community by  contributing to a wave of change – I hope you feel the same.

Sundiata Washington is a student at Tuskegee University and is the son of David and Tisa Smart Washington. 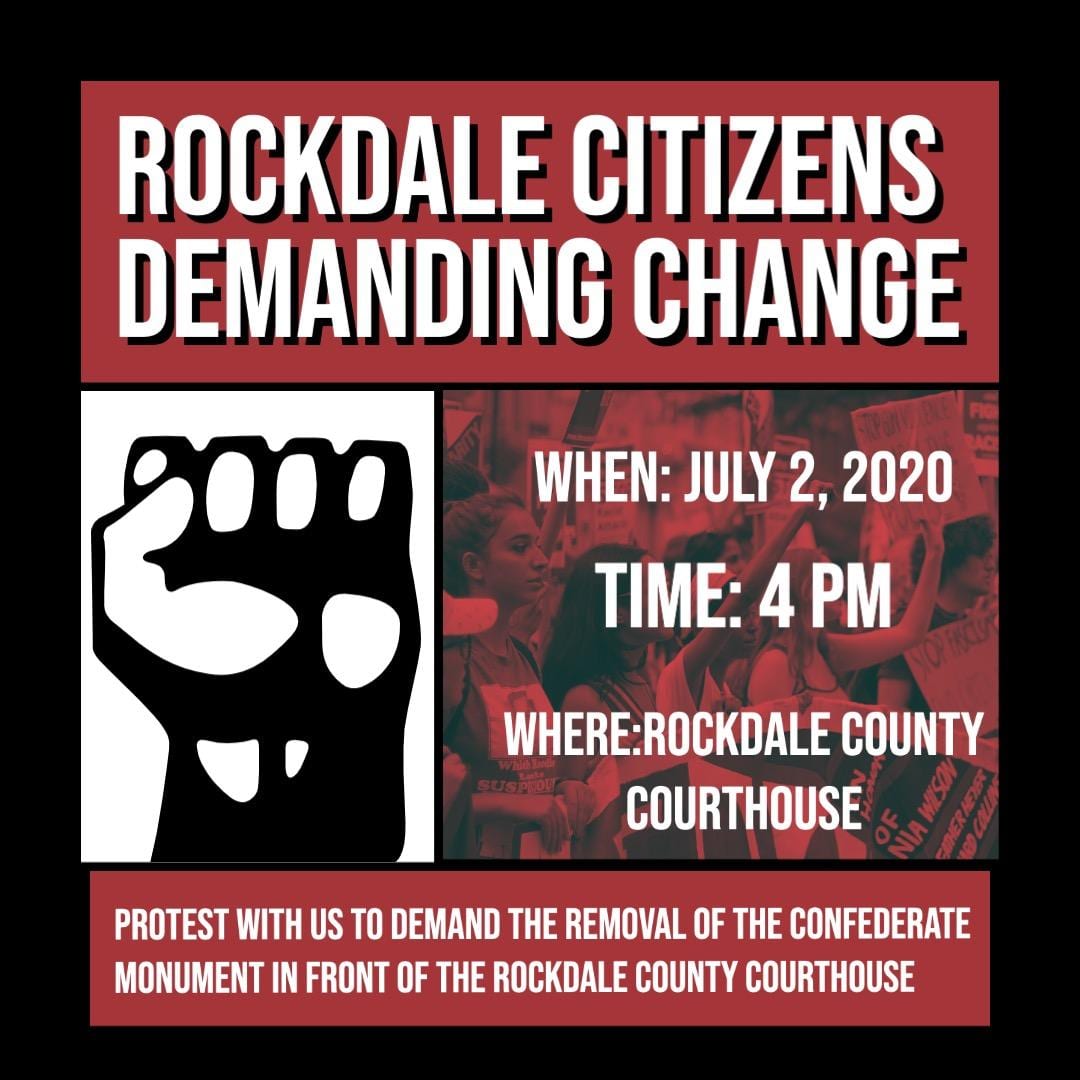