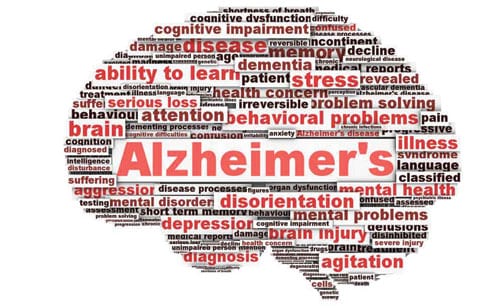 As president of the Alzheimer’s Association, Georgia Chapter, I am constantly reminded of the disturbing facts about the Alzheimer’s and dementia. There are more than five million Americans living with Alzheimer’s disease, including 130,000 here in Georgia.

Since age is considered the biggest risk factor for Alzheimer’s and baby boomers are aging I know that the number of people with Alzheimer’s is going to escalate at an alarming rate, particularly here in Metro Atlanta.

As a wife to a wonderful man whose mother has Alzheimer’s, I see the emotional turmoil the disease brings. When my mother-in-law was first diagnosed, I brought my husband in to our office and together we met with a Master’s level counselor. She asked him about his specific concerns and helped map out a plan to address the issues. He came away more peaceful and with hope that he could help his family care for his mother throughout the disease.

I watch others come into our office and get help – both people in the early stage of Alzheimer’s and family members and I am truly grateful that we can help all of these people. But, even with the best of help from us, from physicians and other professionals, Alzheimer’s is a devastating disease that takes a toll on the person with the disease, the family and on our nation’s economy. Alzheimer’s is the most expensive condition in the nation, costing $236 billion a year. Nearly one in every five Medicare dollars is spent on people with Alzheimer’s or another dementia. These costs will continue to increase as baby bombers age, soaring to more than $1 trillion in 2050.

The greatest hope we can give families touched by the disease is a future without Alzheimer’s. When the National Alzheimer’s Plan was drafted, the nation’s experts told us it would take $2 billion annually in research funding to meet the goal of preventing and effectively treating Alzheimer’s by 2025. Alzheimer’s research through the National Institute of Health is currently funded at $991 million and the Senate Appropriations Sub-committee has just appropriated $400 million in additional funding. This amount will help make great strides in our efforts to end Alzheimer’s. I want to personally thank Representative John Lewis in District 5 for his support of funding for Alzheimer’s research and to ask to support the $400 million increase when the House votes on the funding request.

Submitted by Leslie Gregory, CEO and President of the Alzheimer’s Association, Georgia Chapter