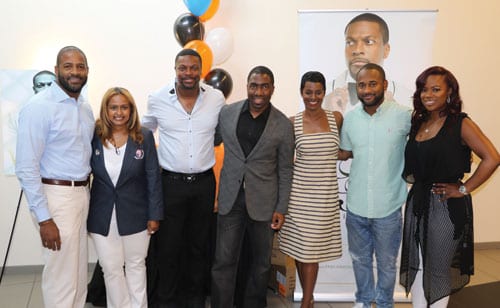 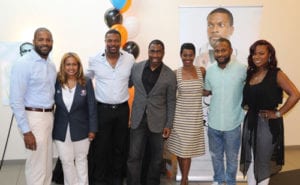 Actor/comedian Chris Tucker told 500 youths attending the Dream Symposium hosted by DeKalb Interim CEO Lee May that they, too, can dream big and succeed in the entertainment industry with hard work. The symposium, attended by hundreds of children enrolled in the DeKalb County Parks and Recreation summer program, was held at the Porter Sanford Performing Arts Center in Decatur on June 29.

Tucker, a native of DeKalb, was among a panel of media and entertainment professionals who told the youths, ages 12 to 15, how rewarding the entertainment industry can be and steps they can take to make their own dreams come true.

“These panelists have realized their dreams and what made them successful is that they kept going, despite the failures,” said DeKalb Interim CEO Lee May told the youths in attendance. “Don’t be afraid to fail. You can have this big dream, but you’ve got to do something. You’ve got to work hard