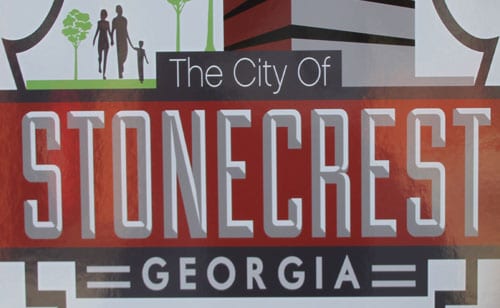 Gov. Nathan Deal has named the Governor’s Commission on Stonecrest, a five-member body consisting of a chairman and four others to oversee the establishment of the new city.

The commission will prepare for the new city by facilitating the provision of community services and facilities, the collection of taxes and fees, and the negotiation of intergovernmental agreements. The commission will remain in place until elections for the City Council are held in March.

The members of the Governor’s Commission on City of Stonecrest are as follows:

Thibodeaux is the director of audits and compliance with the DeKalb County School System. He was previously a program analyst with the Senate Budget and Evaluation Office and a financial planning and analysis manager with Premiere Global Services. Thibodeaux earned a bachelor’s degree in Accounting from DeVry University and a master’s degree in Public Policy from Georgia State University. He and his wife, Stacey, have two children and one grandchild. They live in Lithonia.

Burgess retired as the executive director of the Georgia Municipal Association. He was previously the mayor of Social Circle and the president of Public Research and Management Inc. Burgess was also a legislative liaison for the Municipal Electric Authority of Georgia and the City of Savannah. He earned a bachelor’s degree from University of North Carolina at Chapel Hill, a master’s degree from the University of Pennsylvania and a law degree from the Woodrow Wilson College of Law. Burgess and his wife, Madeline, have three children and four grandchildren. They reside in Social Circle.

Butts is the manager of land acquisition and real estate for the City of Atlanta Department of Watershed Management. He is also a commissioner on the DeKalb Planning Commission. Butts is a member of the International City/County Management Association, the Project Management Institute and the International Council of Shopping Centers. He is a past co-chair of DeKalb County SPLOST Citizen Review Committee and a graduate of Leadership DeKalb. Butts earned a bachelor’s degree in Organizational Leadership and Management from Morris Brown College. He and his wife, Sonya, have three children and live in Stone Mountain.

Emanuel is an account manager for Oracle Corp. She is the secretary and social committee chair for her homeowners association. Emanuel earned a bachelor’s degree in Communications from Walden University. She has three children and one grandchild. Emanuel resides in Lithonia.

Jones is a programmer with Northrop Grumman and contracts with the Centers for Disease Control. He is a volunteer mentor with the Atlanta 5th Ward Boys Association and Malachi Ministries. Jones is a past president of the Fairington Farms Homeowners Association and a member of the Stonecrest City Alliance. He earned a bachelor’s degree from York College and lives in Lithonia.