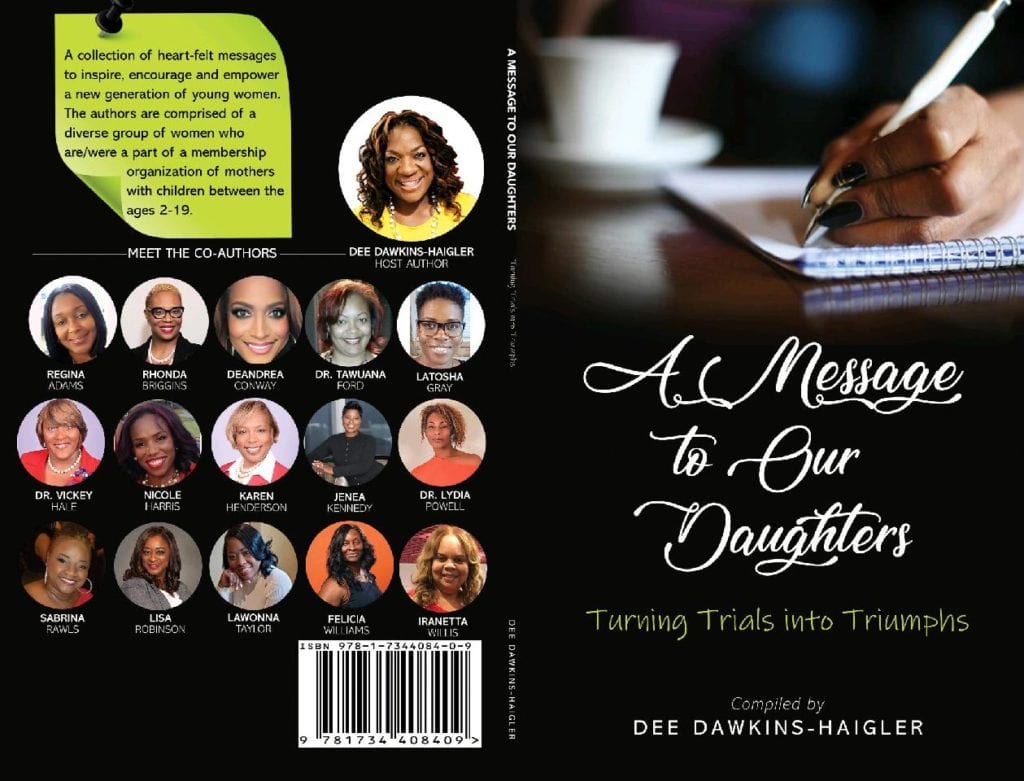 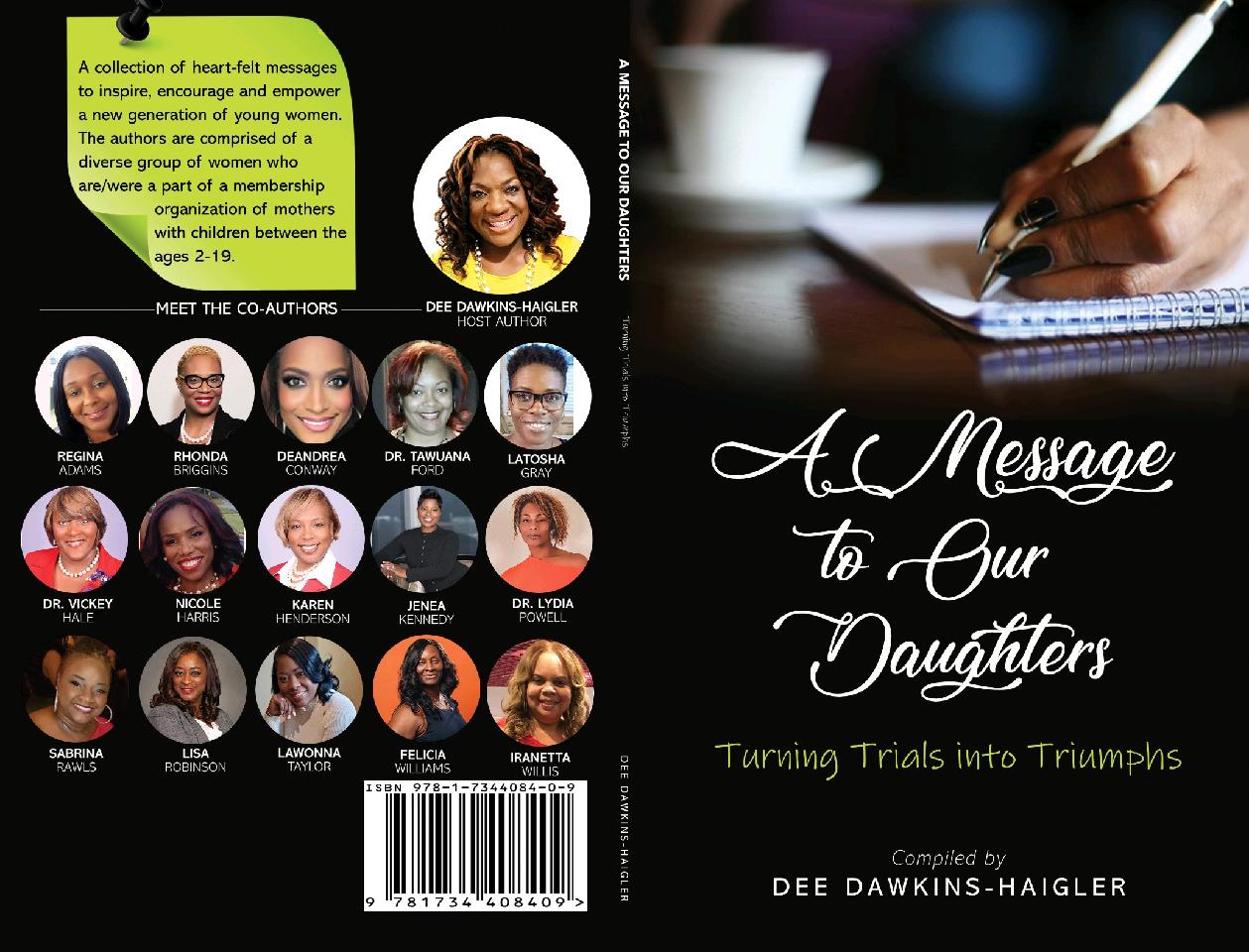 Former State Rep. Dee Dawkins-Haigler and 15 other women on New Year’s Day are launching a collection of heart-felt messages to inspire, encourage and empower a new generation of young women in the wake of a murdered Clark-Atlanta University student.

The book, entitled “A Message to Our Daughters: Turning Trials into Triumphs,” was compiled by Dawkins-Haigler and will launch on Jan. 1 at www.amazon.com.

“After the murder of Clark Atlanta University student Alexis Crawford at the hands of her roommate and the roommate’s boyfriend, we felt compelled to share our stories of faith, perseverance and the ability to overcome all situations with young women in hopes that would know that trials could be turned into triumphs,” Dawkins-Haigler said.

Alexis Crawford, 21, was found dead in a park, 11 miles from the apartment she shared with her roommate, Jordyn Jones, who, along with Jones’ boyfriend, Barron Brantley, were charged with premeditated murder in Crawford’s death in November. Police said Crawford died of asphyxiation. She filed a complaint three days before she disappeared, stating that she was drunk and believed Brantly sexually assaulted her in her apartment bathroom.

The book was authored by a diverse group of women who are part of a membership organization of mothers who have children who from 2 to 19 years old.