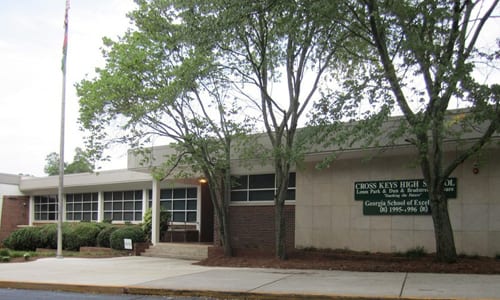 As the flu epidemic sweeps Georgia and across the nation, DeKalb County’s Board of Health reported its first pediatric death related to the flu.

“The entire DeKalb County School District is saddened by the news that one of our own has passed away due to illness,” Green said.  “Our thoughts and prayers are with the student’s family, loved ones and peers in this unfortunate and trying time.”

“We’re still urging people to go and get the flu shot as this flu season could last another two months,” said Ford. “Those who have the flu should take Tamiflu within 48 hours of flu onset. A physician must prescribe the medication.”

Hospital officials say this year’s flu season is the worst in almost a decade and communities are on high alert. Hospital emergency rooms have become inundated with more than 1,000 people in Georgia hospitalized due to flu symptoms. Hospitals are handling the influx of patients by adding extra staff and resources, officials from the Georgia Department of Public Health (DPH) said.

“Hospitals are working diligently to make sure each patient receives timely and efficient care,” said GHA President Earl Rogers. “The health and safety of all patients is a priority for hospitals. Hospitals have made modifications such as changing visiting hours, implementing the use of mobile units, and providing additional staff to protect those patients at greatest risk of the flu.”

Health officials say precautionary measures such as frequent hand-washing and covering coughs can help stop the spread of flu. Officials advise those who suspect they have the flu should follow the recommendations of the Centers for Disease Control and Prevention (CDC) for when to go to the hospital. As stated on the CDC website, symptoms in adults that warrant an emergency room visit include trouble breathing, chest pain, and persistent vomiting.

GHA is working closely with state agencies to monitor and develop strategies to combat the flu epidemic. For more information about what hospitals are doing, visit gha.org/flu.