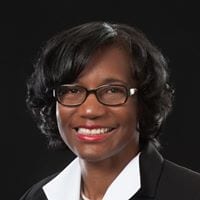 The boot camp was sponsored by Henry C. Cotton, founder and CEO of Sage Group America, a leader and innovator in education and technology since 1991 with a focus on meeting state and national standardized test goals. Cotton was recently elected mayor of Bastrop, LA.

Adoma said she partnered with SageGroup to present the boot camp because her goal is to help support students to become lifelong learners. Quality education, she said, is economic development, and it will take all in the community to address what she coined as an opportunity rather than a problem.

Ed Patton, vice president of Political Affairs for the DeKalb Board of Realtors, provided lunch for the event. DeKalb school board member Vickie Turner was present to bring greetings. Also present were Barbara Lee, Fiesta Kagler, Charlotte Cain, Deborah Young and others.