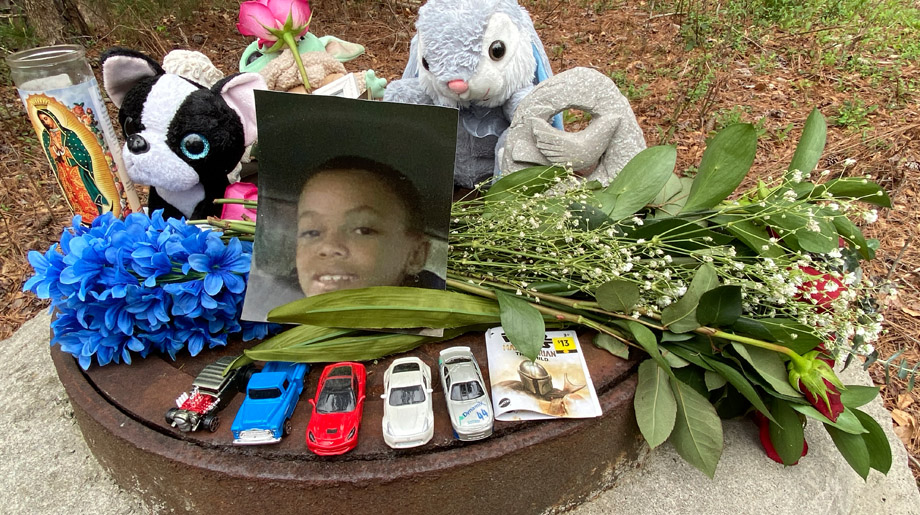 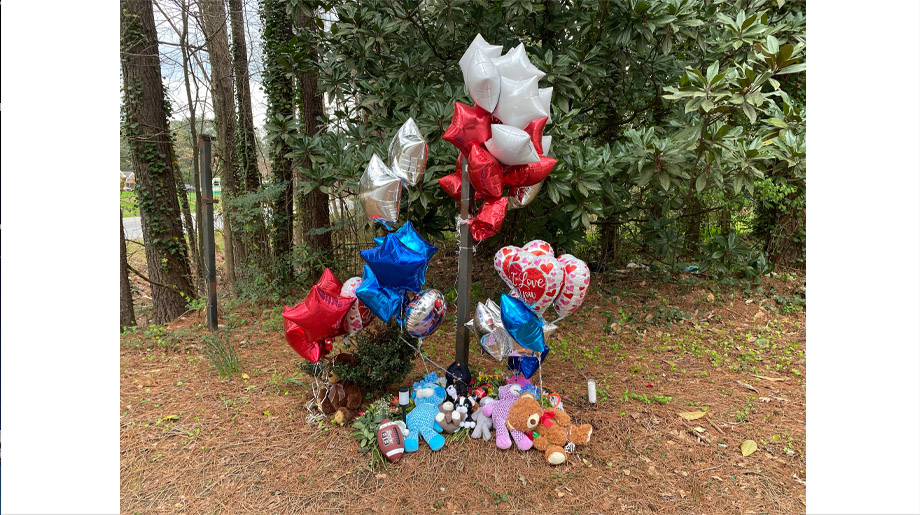 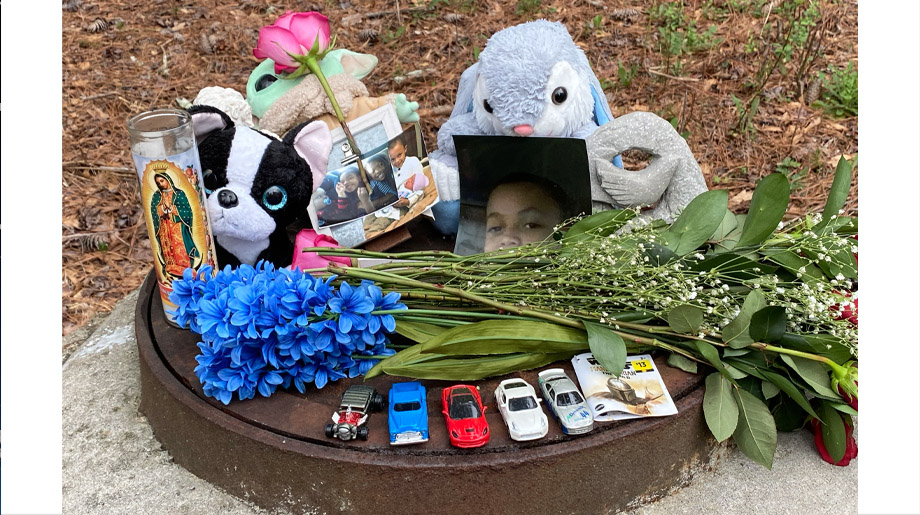 ROCKDALE COUNTY–Two roadside memorials have been erected by family and friends of the 10-year-old Rockdale boy who was fatally killed in a hit-and-run while riding his bicycle on Monday, March 22, near Ebenezer Road and Cherry Hill Lane. At one of the memorials, the boy’s photo was surrounded by flowers, Hot Wheel cars, stuffed animals and other mementos. Flowers, balloons, stuffed animals, a football, a Georgia Tech baseball cap and a bottle of Coca Cola were some of the items placed at the other memorial, located near the subdivision where the child lived. His family has said they did not want the boy’s name released.

Rockdale County Sheriff’s deputies arrested 24-year-old Lakeya Shumake, of DeKalb County in connection with the fatal hit-and-run. Authorities said they were able to make the arrest on Tuesday, March 23, during a traffic stop after spotting the damaged vehicle as Shumake was headed to work using the same route she had taken on Monday where the fatality occurred. A 12-year-old friend who was at the scene at the time of the incident provided a description of the car. The two boys were headed home from a convenience store, deputies said. The young witness’ description, along with footage obtained from Flock safety cameras in the area, helped investigators in arresting the suspect, Sheriff Eric Levett said during a news conference on Wednesday. The boy died at the scene.

Shumake was taken into custody and transported to the Rockdale County Jail. She is facing charges of vehicular homicide and leaving the scene of an accident. The sheriff said, however, there may be additional charges.