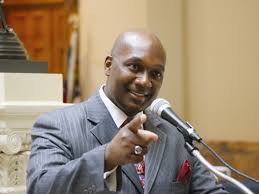 Gregory Adams defeated Randal Mangham this evening in the runoff for the DeKalb County Board of Commissioners’ District 7 seat.

The hotly contested race ended with Adams receiving 3,539 votes (52.24 percent) and Mangham garnering 3,236 votes (47.7 percent), according to unofficial results from the DeKalb Supervisor of Elections Office.

Adams said he plans to take office next week in time for the Dec. 13 Board of Commissioners meeting. He will join newly-elected Commissioner Steve Bradshaw who won the District 4 seat.