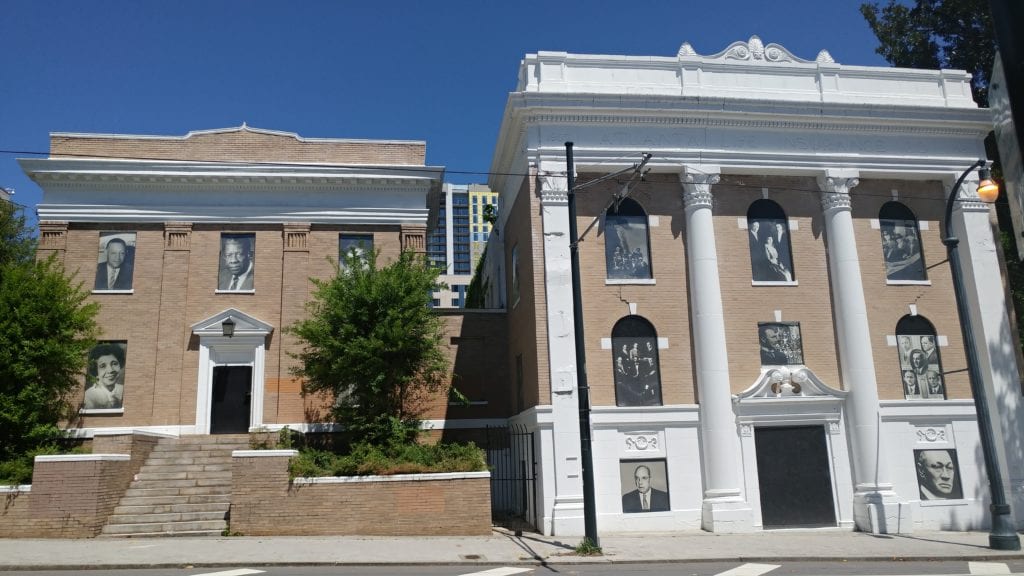 Sweet Auburn Works (SAW) has launched the first in a series of events and exhibitions about life on Auburn Avenue, the gateway to the black business community in Atlanta.

The Windows Speaks exhibition, which kicked off on May 2, will remain a permanent addition to the façade of the historic buildings, which housed Atlanta Life’s offices from 1920-1980.

The exhibition includes the legacy of entrepreneur and founder /president Alonzo Franklin Herndon, who became Atlanta’s first African American self-made millionaire and pioneered the insurance company from its inception in 1905 until 1927;  Norris Bumstead Herndon, who served as president and led the business through periods of explosive growth, profitability and community involvement from 1927 to 1973; and Jesse Hill, Jr., who continued the tradition of business excellence and community service from 1973-1995.  Hill was president of Atlanta Life and also served as chairman of the board. The three chief officers of Atlanta Life were synonymous with the company’s brand during their terms.

The exhibit includes portraits, group photographs, structures and other digital imagery visible to those who travel along Auburn Avenue between Courtland Street and Piedmont Avenue. Each image measures roughly 70 x 40 inches. These pieces of photographic art were created by the nationally-acclaimed artist, Amalia Amaki. .

Building two includes images of Helen Collins, former chairman of the board; Edward L. Simon, former chairman of the board and former auditor; E.M. Martin, former senior vice president and CEO and secretary of the board; and Henrietta Antonin, who served as vice president of public relations. Antonin, who pent 46 years at Atlanta Life, was the face that welcomed the public to the insurance company, and she was deeply involved in the politics and the arts of the city. Antonin worked closely with Jesse Hill during the time of the sit-in movement, bailing out those who were arrested in Atlanta and surrounding areas in Georgia.

The Historic District Development Corporation (HDDC) was organized in 1980 to rehabilitate and revitalize the residential and commercial property known as the “Sweet Auburn/Martin Luther King, Jr. Historic District.” The district is considered one of the most significant neighborhoods, not only in Atlanta, but in the country, according to preservationists and historians. Attracting nearly 1 million visitors from across the nation and around the world, the Historic District includes the legacy of the neighborhood that nurtured Dr. Martin Luther King, Jr.

Sweet Auburn has been designated a “National Treasure” by the National Trust for Historic Preservation. Atlanta Life was strategically positioned where Peachtree meets Sweet Auburn.